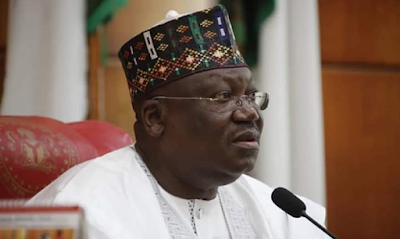 The Senate President, Ahmad Lawan has appointed Sen. Ajibola Basiru, representing Osun Central, as the new chairman of the Senate Committee on Media and Public Affairs.

Lawan, who made the announcement at Plenary on Tuesday, also announced the erstwhile acting spokesperson of the upper legislative chamber, Godiya Akwashiki as the new Chairman, Senate Committee on Labour and Productivity.

Ajibola, until his new assignment, was the Chairman, Senate Committee on Diaspora.

He was a former Attorney-General and Commissioner for Justice in Osun.


He also served as Commissioner in the Ministry of Regional Integration and Special Duties from August 2010 – November 2014.

Also, Akwashiki was before now, the Vice-Chairman, Senate Committee on Media and Public Affairs when the former Chairman, Sen.Adedayo Adeyeye was the Chairman.

Born on Aug. 3, 1973, Akwashiki, who represents Nasarawa North Senatorial District was a former Deputy Speaker of the state House of Assembly and was elected into the Senate during the 2019 general elections.

Olujiumi was a former Deputy Governor of Ekiti, a former member of the House of Representatives and a board member of the Nigerian Communication Commission (NCC.).