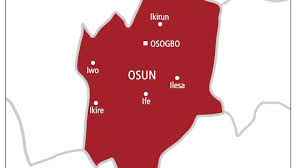 Some residents of Ile Ife on Wednesday staged a peaceful protest over failure by a group that had earlier announced it was giving them food items to fulfill its promise.

The protesters after a march through Lagere, Iremo and Sabo areas, had stormed the premises of Crown FM, Eleyele, a private road station based in Ile Ife, on which the public announcement of the food donation had been aired the previous day.

Policemen deployed to the scene were said to have arrested some of the protesters and dispersed others.

The General Manager, Crown FM, Ile Ife, Israel Ogunlade, said the protesters accused him of giving them false information about the plan by a group to distribute food items to cushion the effect of restriction of movement ordered by government to prevent the spread of coronavirus.

Ogunlade said, “A group, had announced through my station that, it would distribute food to residents today.


“Unfortunately when those handling the distribution brought the food to where people had been told to assemble, they were overwhelmed by the numbers of the residents. What they had could barely go round.”

“That was what led to protest. They were shouting and everything was in the state of disorderliness before the police arrived.”

Police Public Relations Officer for Osun Command, Yemisi Opalola, said some people fighting over food were dispersed by the police in Ile Ife.