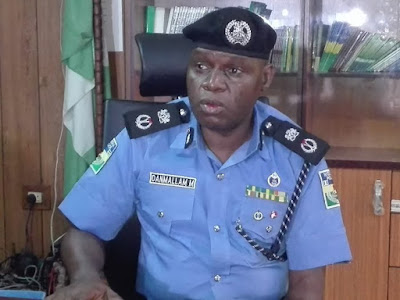 The Police Command in Edo on Saturday recovered the bodies of two kidnapped victims allegedly killed by their abductors.

According to the command, the deceased were kidnapped by suspected Fulani herders on Jan 1 and killed on Jan 7.

DSP Chidi Nwabuzor, the Police Public Relations Officer (PPRO) in the state, told newsmen during the exhuming of the bodies that the victims were on their way from the East to Lagos when they were kidnapped.

Nwabuzor said that on March 4, the command’s Anti Kidnapping and Cyber Crime Unit, received a petition from a lawyer representing the Lord’s Chosen Church, in Lagos on the matter.


He said the petitioner had stated that on Jan 1, at about 2:30 a.m., two of the church members, Basil Odoji and Innocent Udoh, were kidnapped at Ahor By-pass on Benin-Auchi Expressway on their way to Lagos.

“Our operatives swung into action and arrested one Abdullahi Usman, aged 22 years at Aduwawa, Benin, and recovered one itel phone belonging to Innocent Udoh, one of the victims.

“The suspect confessed to being a kidnapper and said that he and his gang members killed Basil Odoji and Innocent Udoh after seven days of captivity.

“Thereafter he led the police operatives to Ahor community where two of his gang members, Abdul Kadiri, aged 21 years; and Mohammed Lawan, aged 25 years, were arrested.

“The three suspects confessed to kidnapping and murdering the victims”, he said.

He further said that the Edo Commissioner of Police (CP), Lawan Jimeta, had sympathised with the families of the victims while assuring them that justice would take its course.

“In spite of COVID-19, the command is still working and remains committed to ensuring that it’s constitutional duties are carried out,” Nwabuzor said.

The suspects told newsmen in the jungle, about two kilometres from Ahor bye-pass, off Benin-Auchi Expressway where they killed the victims, that they committed the crime.

They claimed that they were from Kaduna State and had been in Edo for more than one year.

They also disclosed that they were herders before being recruited into the kidnap gang by the leaders who they simply identified as Musa and Bello, now at large.

The suspects also said that theirs was a seven-man gang, and claimed that the two victims were killed by one of the leaders because the victims shouted and tried to escape.

The bodies of the victims have been taken to a mortuary.