Oluwo of Iwo cheated with our maid, he also beat me – Former Olori, Chanel Chin cries out 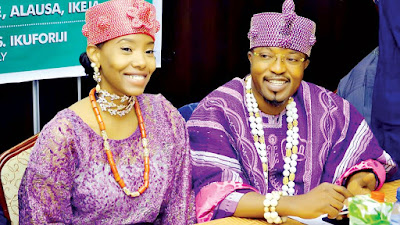 The former Olori,  Chanel Akanbi has come out to claim that her former husband, Oluwo of Iwo used to beat her and even cheated on her with their maid while they were married.

This is coming after she alleged that he raped her on the first day they met.

The Oluwo of Iwo had announced across both conventional and social media that he had sacked his beautiful Olori from the palace, laying claims to irreconcilable differences and more as reasons for the action.

During the interview, Olori Chanel Akanbi revealed how the Oluwo of Iwo used to beat her and how he cheated on her severally even with their house maid.

She also clarified the Oluwo claim that he caught her with a man in his palace.

Watch the interview below…