Nigeria to evacuate citizens in China over maltreatment 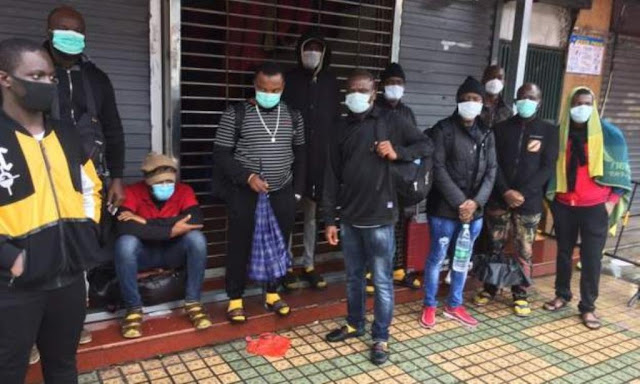 Following new revelations regarding the reported maltreatment of Nigerians in Guangzhou, Guangdong Province of China, the Federal Government said it would immediately begin the process of evacuating affected persons.

Minister of Foreign Affairs, Geoffrey Onyeama, said the government would ensure compensation for about 100 Nigerians who were evicted from their homes and hotels by Chinese officials in Guangzhou.

Addressing journalists in Abuja on Friday, the minister said he had summoned the Chinese Ambassador to Nigeria, Dr Zhou Pingjian, for the second time in one week since the reports surfaced in the media to register Nigeria’s displeasure with the incident.

Onyeama stated that the Nigerian Ambassador to China, Ahmed Jidda, as well as other African ambassadors in China had met with the Chinese Foreign Ministry and expressed their concerns. He said they made a number of demands from the Chinese Government, including respecting the rights and dignity of Africans and Nigerians in Guangdong.

He added that the Chinese Government was committed to looking into the matter and ensuring no maltreatment of any Nigerian or African in China.

The minister stated, “After we had made a statement in the media, I have continued to receive information from Nigerians in China and I engaged directly with our officials in Guangzhou and people who were on the ground.

“And I must say that contrary to what we believed, that the situation had stabilised and was fully under control and there were no longer issues, it became apparent that there were still very distressing incidences and that it was almost as if it was an institutional attack on the rights and dignity of Nigerians and Africans there.”

Onyeama added, “So, as I said, with confirmation from people who were there, I again, invited today (Friday), the Chinese Ambassador and presented these facts to him. I said ‘look, contrary to what was agreed, promises made and guarantees given, the situation does not seem to have ameliorated and this is totally unacceptable.’

“That we have stories of Nigerians who had been evicted from their residences and were unable to get back in; that they had been moved from where they were into more expensive hotels and Nigerians not being served when they went to restaurants and shopping malls. I told him this was totally unacceptable and something needed to be done.”

He added that though the narratives were conflicting, sometimes among Africans in the area, there were consistent reports of unacceptable treatment of Nigerians and other Africans in Guangzhou.

He stated, “I spoke to some of our people there in Guangzhou; and what do we do and where do we go from here? Quite a lot of them said they just wanted to come home and we are putting in place as quickly as possible the mechanisms to start bringing them home. That clearly is the immediate solution here,” Onyeama added.