COVID-19: Open up on how Coronavirus came about – US tells China 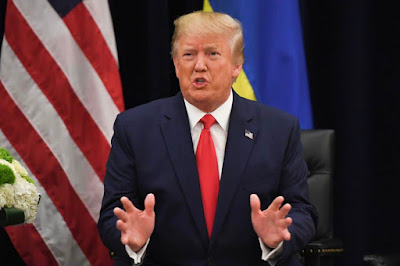 The US President, Donald Trump has said that his administration was trying to determine where the deadly Coronavirus disease originated from.

Also addressing reporters yesterday Secretary of State Mike Pompeo called on the Chinese government “to come clean” on what it knows about COVID-19.

During his daily briefing on the pandemic at the White House on Wednesday, Trump was asked about the reports of the virus escaping from a laboratory in Wuhan China, where the coronavirus started.

“We are doing a very thorough examination of this horrible situation that happened,” Trump said, according to Al Jazeera.

Globally, more than two million people have tested positive with the virus, while at least half a million have recovered.

Trump’s top diplomat, Pompeo, told Fox News after Trump’s news conference, that, “We know this virus originated in Wuhan, China,” and noted that the Institute of Virology was only a handful of miles from the market, where people first came down with the disease.

“We really need the Chinese government to open up” and help explain “exactly how this virus spread,” Pompeo added.

“The Chinese government needs to come clean,” he said.

The Wuhan Institute of Virology which is backed by the government had dismissed reports that the virus may have been artificially synthesised at one of its laboratories or escaped from its facility as far back as February.