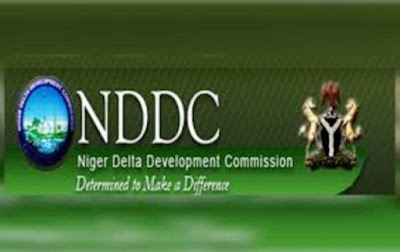 The Niger Delta Development Commission (NDDC) has warned the public against activities of scammers offering non-existent agriculture cooperative loans in the name of the commission.

Mr Charles Odili, NDDC Director of Corporate Affairs, said in a statement in Port Harcourt on Tuesday that the scammers had collected money from unsuspecting Nigerians to obtain ‘fake’ agric loans.

“NDDC is compelled to alert members of the public, especially those in Bayelsa and Rivers activities of scammers offering non-existent agric cooperative loans.

“We have received several reports from some victims in Bayelsa, who were deceived into believing that NDDC was currently running an agric loan scheme.


“The victims were asked to pay N6,000 as processing fees for the agric cooperative loans,” he said.

Odili said the scammers told their victims that they were representatives of officials of the Agriculture and Fisheries Directorate of NDDC.

“The criminals, after deceiving members of the public, go to the length of demanding signed blank cheques from their victims.

“The scammers must have taken advantage of the promise made by NDDC Managing Director, Prof. Kemebradikumo Pondei, to promote agriculture in the Niger Delta.

“It is unfortunate that while NDDC is still working out details of the agric programme, scammers have gone to town to dupe members of the public,” he added.

The spokesman called on individuals with genuine businesses with NDDC to always cross-check information from the commission’s website and other social media handles.

He urged the public to be vigilant to activities of such criminals parading themselves as representatives of the commission’s managing director.

“We assure members of the public that relevant security agencies are already investigating activities of criminals behind the fake loan offers,” he said.