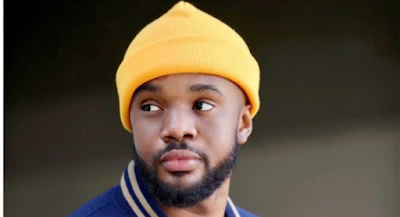 Rising comic actor, Williams Uchemba has opened up on how he deals with his female fans.

The ‘Merry Men’ actor in a recent interview said he is  used to getting female attention.

Hear him: “I love my female fans. I’m used to it because I have been in the limelight for over 22 years, since I was a child. So, female attention doesn’t come as a shock to me. All I have to do is dress well, smell nice, wear a smile and be kind to people. Though. some people can be insensitive. Sometimes, they see you in a very serious situation and they just come in and interrupt you. But you have to be calm because most times, they (female fans) can’t control themselves. I try as much as I can to keep my distance. I’m a very strict person. I am disciplined. I keep boundaries always but then they are my people and I love them”, he said.

Uchemba who was alleged to have been involved in a fraud recounted how was able to handle the embarrassing situation.

“I was accused and they tagged me a fraudster. They said I defrauded some people in the United States and United Nations. When the guy that started the whole thing saw that it was false and apologized, why didn’t the media carry it? Somebody even said to me, ‘Williams, in three years, you won’t have any movie job or endorsement deal’. But the following week, I got a deal as a real estate brand ambassador. It happened in December, I got the deal in January. So far, that year was the best of my entire career,” he said.