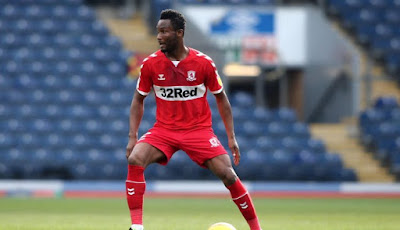 Following the outbreak of Covid-19, major football leagues across the world were suspended to curb the spread of but the Super Lig was allowed to continue behind closed doors.

The decision did not sit well with the 32-year-old and he took to Instagram to express his feelings saying he was not ‘comfortable to play football in such a situation’.

Joseph feels the former Super Eagles captain should have expressed his thoughts to the football association in Turkey.


“I think there is a better way to approach the problem instead of going to social media,” Joseph told Goal.

“What he said was okay but he should have not written it on social media. There is a footballers association in Turkey where he could write to and also the club’s captain.

“I feel it is not the best going on social media. We have people that employed us and there is always a code of conduct.”

Mikel joined Trabzonspor in the summer of 2019 on a two-year contract which was expected to run out in 2021 but had his contract terminated by mutual agreement.

Olympic gold medallist Joseph, however, feels the midfielder will not find it difficult to get a new club, given his success at Chelsea where he left an indelible mark, winning a number of laurels.