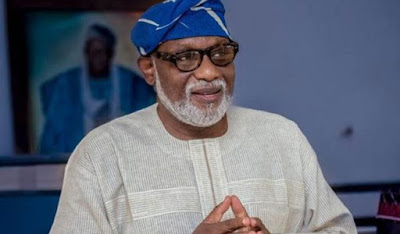 The Ondo State Government has rejected expired bags of rice from the 1,800 bags sent to the state by the Federal Government.

NigerianEye also recalls that the Oyo state government few days ago also rejected bags of rice sent to the state by the Federal Government on basis of low quality.

The FG sent about 1,800 bags of rice and vegetable oil to the state as part of measures to cushion the effect of the COVID-19 lockdown in the country.

The state Governor, Mr Rotimi Akeredolu, has ordered the return of some bags of rice sent to the state by the Federal Ministry of Humanitarian Affairs and Disaster Management as they were found to have expired.

Speaking on the development, the Secretary of the state palliative committee, Mr Alex Kalejaiye, confirmed that some of the bags of rice had expired and were no longer fit for consumption.

According to him, the bad rice will be separated from the good ones and the good ones will be taken to the laboratory to ascertain if they were fit for human consumption.

It was gathered that when it was discovered that some of the rice had expired, the governor reportedly ordered that they should be rejected.

Akeredolu, who officially received the palliative items at the Government House ground, Alagbaka from the state coordinating unit of the Youths Empowerment and Social Support Operations, last week, was said to have expressed displeasure over the development.

“We will meet tomorrow (today) to decide when to return them , you know we can’t do it without the consent of Mr Governor.”