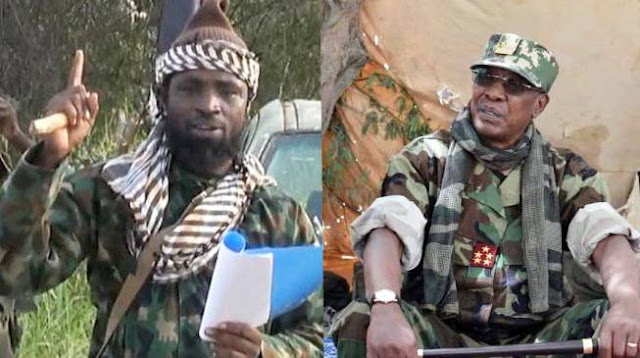 The Peoples Democratic Party on Tuesday urged the President Muhammadu Buhari, to learn from the President of Chad, Idris Derby, who personally led his troops to rout insurgents and free Nigerian territories and soldiers held captive by terrorists in northern Borno State.

This was contained in a statement signed by the National Publicity Secretary of the PDP, Mr Kola Ologbondiyan, in Abuja.

The PDP also urged the Buhari Presidency to go beyond speeches and statements issued from the comfort of Aso Villa to show commitment in the fight against terrorism.

The party said, “President Buhari should speak out on reports that Chadian President Idris Derby personally led his troops to rout insurgents and free Nigerian territories and soldiers held captive by terrorists in northern part of Borno State.

“The party’s call is predicated on the fact that this development is already triggering questions among Nigerians regarding the commitment and capacity of Mr President, as Commander-in-Chief, to lead the fight against insurgency in our country.”

Ologbondiyan said the PDP was worried that Buhari had perceivably chosen silence at a time, when again, he should stand up and take action to assure Nigerians of their safety as well as efforts being made by his administration against the insurgents.

The party on Tuesday also urged Buhari to announce the Federal Government’s withdrawal of subsidy on petrol, if subsidy withdrawal was the official position of Buhari regime.

Ologbondiyan in a statement also described Monday’s declaration by the Group Managing Director of the Nigerian National Petroleum Corporation, Mele Kyari, that there would be no more subsidy and under-recovery as dramatic.

Kyari, had during a live programme on the African Independent Television, said the era of subsidy on petrol was gone forever.

Ologbondiyan said, “Our party notes that if the Federal Government is running away from its subsidy policy, the substantive Minister of Petroleum Resources, President Buhari or his minister of state, Timi Sylva, should muster the courage to announce this to Nigerians through a policy statement.

“Our party holds that this sudden announcement of an end to fuel subsidy and commencement of a deregulation regime of the oil sector is a desperate step by the Buhari administration to stave off an investigation into the siphoning of trillions of naira by the APC leaders using phony subsidy claims.”