The Chief of Staff to President Muhammadu Buhari, Mr Abba Kyari, who died on Friday, April the 17th, has now been buried.

His remains were brought in an ambulance to the Defence House in Abuja, where family members, as well as his colleagues, gathered to pay their last respect.

He was laid to rest at the Gudu Cemetery in Abuja.

PICTURES OF HIS BURIAL BELOW... 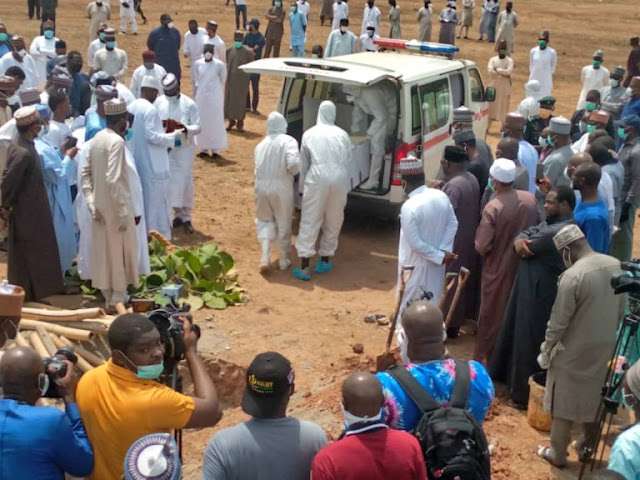 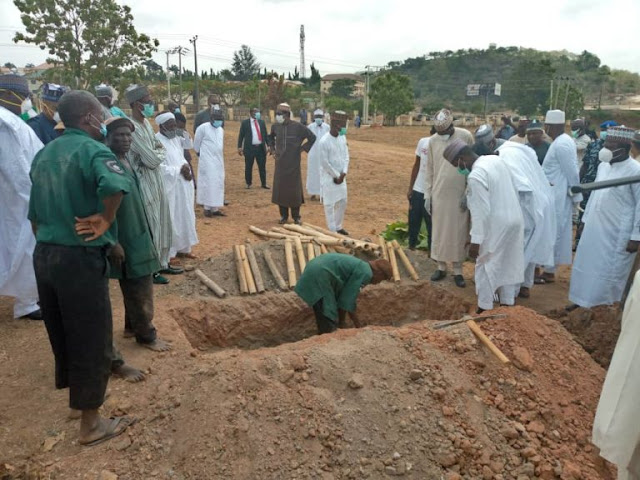 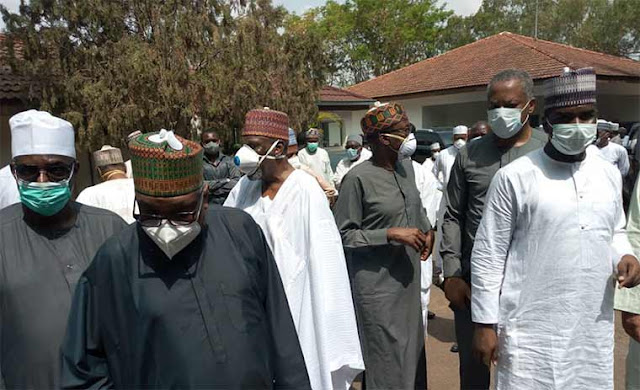 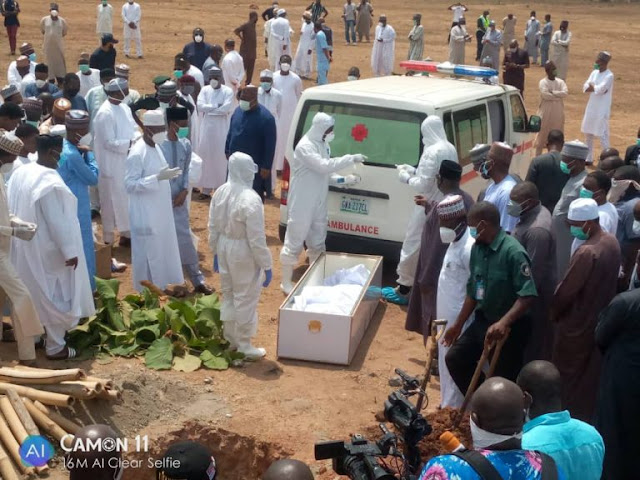 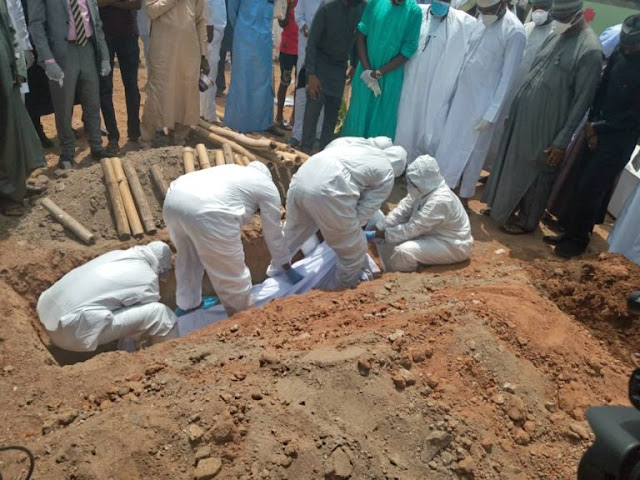 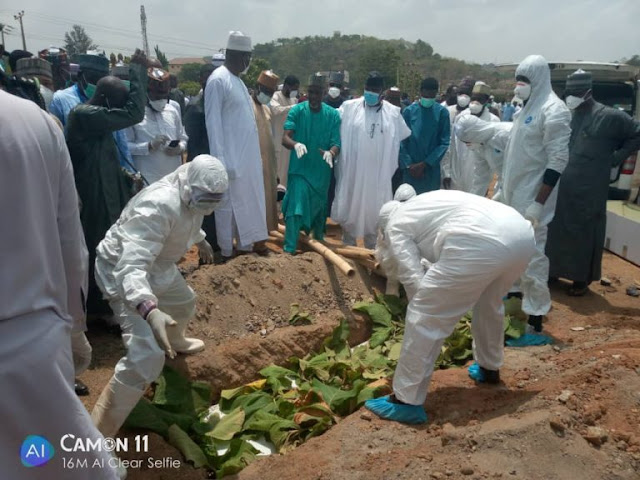 The news of his death was announced by the Special Adviser to the President on Media and Publicity, Mr Femi Adesina, in the early hours of today.

Another of the President’s spokespersons, Mr Garba Shehu, also tweeted about the development.

News that Mr Kyari had tested positive for COVID-19 first broke on March 24, about 10 days after he returned from a trip to Germany during which he met with officials of Siemens in Munich on Nigeria’s electricity expansion programme.

Mr Kyari confirmed the news in a statement on March 29, the same day President Buhari made his first nationwide broadcast on the pandemic and announced a two-week lockdown in Lagos, Ogun and the Federal Capital Territory, Abuja.

In his statement, Mr Kyari revealed that he would be transferred to Lagos from the FCT for treatment and expressed the hope that he would recover and return to work soon.

At the time, Mr Kyari said he felt well and did not exhibit any signs of the disease, which has now infected 493 people in the country and claimed 17 lives, according to the Nigeria Centre for Disease Control.

A Kanuri from Borno, Mr Kyari was one of President’s Buhari’s closest allies.

Appointed Chief of Staff in August 2015, he became considered one of the most influential and powerful members of the Buhari administration.

Prior to his foray into politics, Mr Kyari had a professional career as a lawyer and spent years in the banking industry, rising to become the Chief Executive Officer of the United Bank for Africa (UBA) at some point.