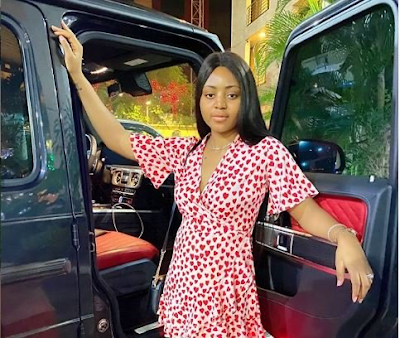 Popular actress, Regina Daniels has stated that she is adding weight like a grown woman due to the sit-at-home directives imposed by the federal government to limit spread of COVID-19 outbreak.

The actress took to her Instagram page on Friday to share recent pictures of herself in a red sweatshirt and skin-tight blue trousers with the caption: “I’m putting on grown woman’s weight staying in the house.”

Recall that Daniels first broke into the movie scene as a teenager under the tutelage of Rita Daniels, her politician-cum-filmmaker mum.

With her Instagram influence, she had hit a crucial career twist after she was appointed Atiku Abubakar’s youth campaign coordinator for Nollywood, before last year’s presidential elections.


Daniels also toppled Tonto Dikeh to become Google’s ‘2019 Most-Searched Actor’ for Nigeria after news broke that she got married to Ned Nwoko, a 59-year-old politician.

What was initially regarded as gossips later turned out to be true after the lovebirds shared a series of romantic pictures of them together.