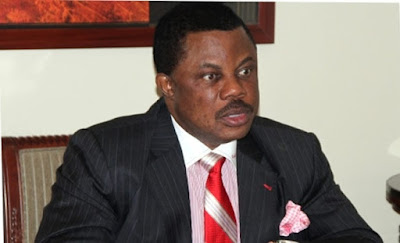 Anambra State Governor, Willie Obiano, on Monday, said he relaxed the lockdown imposed on the state for 28 days to contain the spread of coronavirus in order to prevent possible social unrest and hunger amongst the people of the state.

The governor stated this in a statement by the Commissioner for Information and Public Enlightenment, C-Don Adinuba.

He noted that striking a balance between protecting the economy and public health was imperative in the fight against the coronavirus pandemic.

According to the governor, easing the restriction on movement in the state was a sequel to the treatment of the state’s index case as well as 68 contact persons who tested negative for the lethal virus.


Obiano said, “Like every other government, the Anambra State administration is bound to protect its people from the ravages of COVID-19 but it cannot afford to do so by unwittingly allowing millions of its people to die of hunger and starvation or by causing their businesses to collapse through an unmitigated lockdown.

“The 28 days of lockdown, when all markets were shut down, vehicular and human movements restricted, schools closed, traditional religious services suspended, funerals, wedding and title taking ceremonies practically stopped, have already taken an enormous toll on the people’s well being.

“Social unrest must be avoided. If people in developed nations could not accept more than three weeks of lockdown, despite the immense social safety nets for the poor and the huge amounts paid by governments directly to the citizens who lost their jobs in the wake of COVID-19, we can imagine what the most vulnerable in our society and elsewhere in Africa have been going through.”

He stressed that though the restriction has been eased, schools were not open yet and civil servants were still working from home, adding that no visitor was permitted into the state.