I expected Abba Kyari to pull through, he was strong-willed — James Ibori 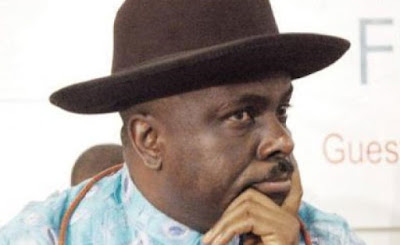 James Ibori, former governor of Delta state, says he expected Abba Kyari, the late chief of staff to President Muhammadu Buhari, to recover from COVID-19 because he was “remarkably strong-willed”.

Ibori said this on Saturday while expressing his condolences to Kulu Abba Kyari, wife of the deceased, in a statement signed by Tony Eluemunor, his media assistant.

“It is with great shock that I received the news, in the early hours of this morning, of the passing of your husband, my brother and friend, Alhaji Abba Kyari, the chief of staff to the President,” he said.

“Though I knew about his bout with COVID-19 infection, I had expected him to pull through because he was remarkably strong-willed, and the entire nation was praying for him. But on Friday 17th April, he went the way of all mortals.”

Ibori described Kyari as “loyal to a fault and God-fearing”, adding that no chief of staff has ever shown such loyalty.

“Those of us that knew your husband from his days in Lagos can testify to his humane nature,” he said.

“He was very unassuming, loyal and dependable to a fault and he remained totally God-fearing. This aspect of him has been on public display; no chief of staff anywhere has shown as much loyalty and commitment as he showed to President Muhammadu Buhari.

“History will be kind to him for he helped greatly in directing the affairs of the nation for the past five years.

“Though those who saw him only from a distance may not know it, he never believed in the acquisition of material things of this world.  He was incorruptible and lived his life in the mould of the typical Mallam.

“Please find succour in the fact that Alhaji Abba Kyari lived a life of service to others and rose to a most enviable position in the country.

“Please, on behalf of the children, accept my condolences. As a devout Moslem, I know you will take solace in the fact that from Allah we all came and to Him we shall all return.

“Death is a price we all owe; Alhaji Abba Kyari has just paid his own. May Allah grant him eternal rest.”