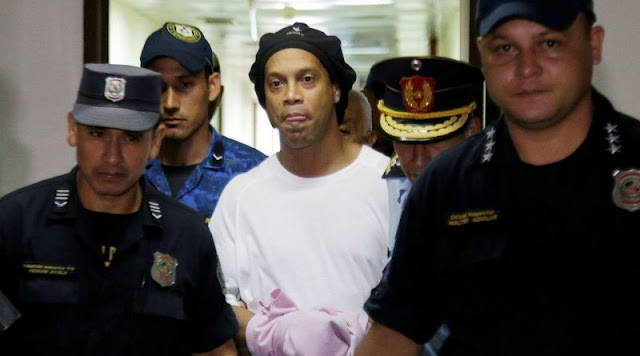 Brazil and FC Barcelona legend Ronaldinho has been released from a maximum-security prison in Paraguay.

But he is not totally free.

He and his 49 year-old brother Roberto Assis will be put under house arrest in Asuncion, the Paraguayan capital.

They will stay in a $64 a night hotel, two miles from where they were incarcerated.

They are also expected to fulfil a bail bond of $1.6million.

The football icon has been in jail for more than a month since being found, along with his brother, in possession of false passports.

He also became popular among inmates and played football with them.