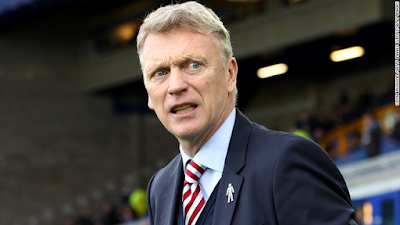 After 11 years at Goodison Park, during which he earned much praise for his work at Everton, Moyes was appointed as United manager in 2013 as the successor to the legendary Sir Alex Ferguson.

Moyes’ spell at United certainly didn’t go to plan as he was sacked after less than a season.

He told Bein Sport: “I think I’ll always look back and regret leaving Everton because of the team and the players I had built at that time.


“But I’ll never be regretful for joining Manchester United or doing what I’ve done.

“I think in football we all make decisions – Andy will tell you as much as anything – some work for you, some don’t work for you.

“I think on the journey of being a football player or football manager you’re never always going to have good times. You’re always at times going to have ups and downs.”