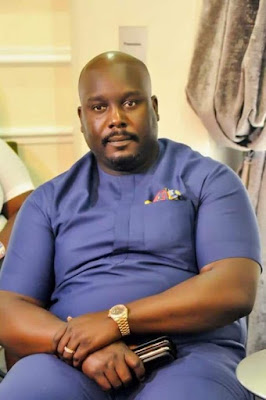 Some reports had said he woke up from coma in ICU after earlier reports about his death.

But in a statement Wednesday, Peterside confirmed the death and revealed that Keniebi was his friend.

“I start by a confession, Keniebi is my friend, brother and someone who impacts every soul he comes in contact with. Yesterday I got a call and rushed to the hospital where
I met him lifeless.


“What is important is that he lived a good and impactful life and sure he has gone to be with the Lord”, he said.

Peterside revealed the tense situation he met at the hospital after Keniebi had passed on.

“I got to the hospital about 8-8:30pm and ijaw men and women ,and other friends of his from across the country ( high , mighty, ordinary folks ) have taken over the hospital and were ready to go to “war” for most loved Kenebi.

“It simply restored my faith in brotherhood and humanity .

“Too many persons ,in the midst of wailing, were willing to help to ensure that a loving soul like Kenebi is not put to shame .

“The second observation is that all and sundry were not happy with the professional handling of the medical attention he got leading to his death and are demanding that we must get to the root of the matter so persons whose professional negligence led to this avoidable death must be held to account for it .

“In Kenebi’s death, I have seen the outpouring of love and appreciation of impact living . May the soul of my beloved brother KENEBI Rest In Peace and May we continue rallying each other whenever the need arises”.

Keniebi died in Lagos on Tuesday night during a tragic liposuction surgery in a hospital. A power outage was blamed for the death.

Until his death, he was a businessman and also pastor of Salvation Ministries in Port Harcourt. Okoko was in his early 40s.

He contested the Bayelsa primary for the governorship ticket of the Peoples Democratic Party last year. He did not succeed.

Many Bayelsans and people who he had touched in his lifetime, were shocked by his sudden death.

They poured out their anguish in posts on Facebook.

“This one came as a big shock to me last night, suddenly gone forever OMG you are just too young for this I can’t even wrap my head around this oh God why?, wrote Stephanie T.Douglas.

Pro-Jane Whatson said: “A big loss to all of us at salvation ministries. Just take it as God know why and celebrate his salvation and look very for God while on Earth”.

“I can’t find the rationale behind the death of a promising and wealthy young man like this who is even a pastor, a giver and a faithful servant of God.

“Na waaa oooo. Watin man go do for this life self. Life is absolutely nothing my brother.

“Rest in Peace and sleep well in the bosom of the Lord my beloved pastor Keniebe Kimson Koko. We will miss you greatly”

Okoko was the founder and CEO KDI Group, said to be involved in oil and gas.

He was reputed to be the godson of former Nigerian leader, Goodluck Jonathan.

In 2018, he went for the certificate programme in Harvard Business School.