COVID-19: We were forced to donate our salaries -House of Rep member, Lado Suleja 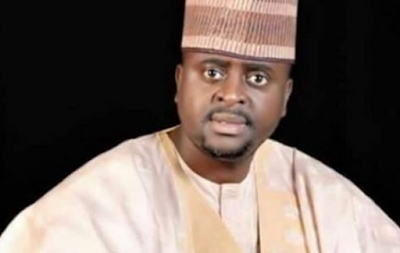 Lado Suleja, a member of the house of representatives from Niger state, says lawmakers were “forced” to donate their salaries of two months to support the fight against the COVID-19 pandemic.

Suleja, while speaking to journalists in Niger recently, said most of his colleagues were not happy about the donation.

Benjamin Kalu, spokesman of the house, did not immediately respond to TheCable’s enquiries for comment.

Femi Gbajabiamila, the speaker, had announced that the green chamber agreed to contribute their salaries for March and April to support the federal government’s efforts amid the pandemic.

“We have in the house of representatives jointly committed to contributing one hundred per cent of our salaries for the next two months to the fight against COVID-19 in Nigeria,” Gbajabiamila had said.

“Starting from March salary, the lawmakers’ donation will be transferred directly to the National Relief Fund account for the fight against COVID-19.”

But Suleja, who represents Guevara/Suleja/Tafa federal constituency of Niger, said the deductions were made without some of the lawmakers’ consent.

“Even though we were forced to donate our two months salary, we still help the poor with the little that we have and we will continue doing it till the end of this virus,” he said.

The lawmaker added that though the donation was for the progress of Nigeria, “most of us were not happy about it”.

He likened the manner which the donations were done to how workers are “not happy about deducting their salary without their consent”.

Senators and ministers also donated parts of their salaries to fund the fight against the coronavirus.