COVID-19: Nigerians in China appeal to FG for speedy evacuation 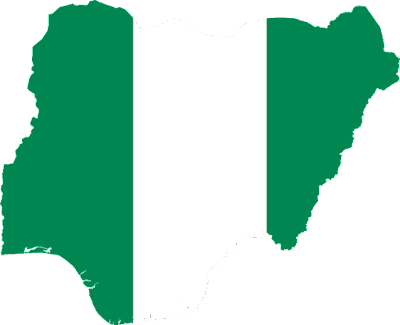 Nigerians resident in China have cried out to President Muhamadu Buhari to come to their rescue from the hands of Chinese authorities, who they accused of harassing and maltreating them, following the outbreak of the deadly coronavirus.

Recall that one of the national dailies had reported last week that 72 Nigerians and 111 other Africans awaiting evacuation in China tested positive to COVID-19.

The report also claimed that the result of the tests conducted on 56 Nigerians which were last released on Tuesday indicated that the affected individuals were asymptomatic, raising concern that they might have infected other people.

This was after 16 other Nigerians had earlier tested positive for the virus, bringing the total number to 72.


Following the report, officials of the Federal Ministry of Foreign Affairs next day met with the Chinese Ambassador to Nigeria, Dr. Zhou Pingjian, in Abuja over the matter.

The meeting, it was gathered, dwelt on the development and other issues relating to the maltreatment of Nigerian nationals in the Asian country.

But some Nigerians resident in China involved in the testing process and were displeased with the report, described the publication as false and a mere fabrication by the Chinese authorities to achieve a set goal.

According to one of them who identified himself simply as Daniel for fear of persecution, challenged the Chinese authorities to prove their claim that some Nigerians tested positive to COVID-19, insisting that the whole ploy was aimed at giving a dog a bad name.

He also challenged the Nigerian authorities to demand the proof of the claims by the Chinese authorities, rather than relying on every information from the Chinese.

Recall that the Nigerian mission in China had earlier confronted the Chinese authorities for evicting and maltreating Nigerians for fear of COVID-19 and urged the country to respect all diplomatic and bilateral treaties in handling foreigners in their country.

Daniel said: “They said some of us African tested positive to COVID-19; they said some of us had contact with other Africans who already had COVID-19 and for that, we were asked to proceed on 14 days quarantine to prove those that are negative and those positive.

“My question is why are we taken to hotels instead of our houses where they evicted us from? If really they want to help, why not follow us to our place of residence and restrict us there. They can give instruction to the landlords.

“We can’t receive friends, we cannot go to the apartments, is it because we do not have valid documents? They should let us know their reason for treating us this way because staying in hotel to pay 100 dollars per night, and feeding your self has not been easy for us.

“We should ask government of Nigeria, what do Chinese authorities want from us? If the problem is from those that do not have valid documents, why can’t those with valid documents go back to their apartments?

‘’Is it because our skin is black? There are other Chinese in our countries. Were they evicted and tested there the way we are being treated here? There are Chinese in Nigeria who do not have valid documents.

“If there are other things they want to do, let them do. Every day we wake up from bed we get emotionally, mentally and physically depressed. We are going through quarantine for 28 days instead of 14 days. They should provide us means to go back to our country, we are suffering here.

“They are trying to cover so many things here; they do not want people to know what is happening to our people here. Our plea is that government should act fast to evacuate our people here, they are suffering.

‘’Some people do not have money to eat food; some left their houses and have no money to live. If the government can do anything, let them act fast to evacuate us from here so we can be in safer hands. We are passing through hell here.’’

Another victim in a video clip made available to Vanguard, asked Chinese security men why they were allowing only Chinese to move freely and restrict blacks in one place, even those with valid documents.

Some of the documents presented by the victims include urgent notices in circulation by the Chinese authorities, some of which read: “We are now forbidding foreigners from entering our community, especially black people. Please contact the owners of buildings rented to black people as soon as possible and ask them to leave our community. Thank you for your cooperation.’’

Contacted for reaction, the press officer with Chinese Embassy in Nigeria, Sun Saixiong, described some of the documents, video and audio clips from the victims in China as deceptive, claiming that the percentage of Nigerians nationals affected by the virus in Guangzou was disproportionately high.

‘’Since April 16, the Foreign Affairs Office of Guangzou has been daily briefing Nigeria’s Consulate-General by note on the numbers of confirmed cases and close contacts as far as Nigerian nationals are concerned.

“Frankly, the percentage of Nigerian nationals affected by the virus in Guangzou is disproportionately high.’’