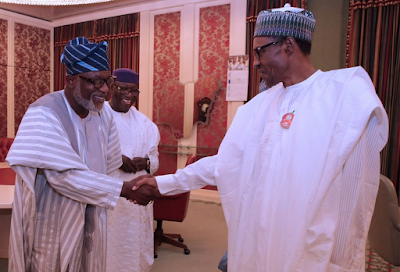 The controversies generated by the palliatives distributed by the Federal Government is far from being over as some state governments have now refuted claims of rejecting FG’s offer.

According to reports, the palliatives sent to Ondo were 1,800 bags of rice and 700 gallons of vegetable oil as part of measures to cushion the effect of the COVID-19 lockdown.

Akeredolu, who spoke through his Special Adviser on Public and Inter-Governmental Relationship, Ms. Ademosu Bunmi, said the state government never contemplated returning the rice to the Federal Government and expressed shock to have read in some sections of the media that he rejected the rice.


He said it was unfair to say that he joined hands with the Oyo State Government to return the rice.

Describing the report as unfounded, embarrassing, shocking and false, he said there was no plan to return the rice and other food items sent to the state.

He said the Palliative Committee has begun the repackaging of the rice for distribution to the vulnerable in the state, as the rice has been tested and confirmed to be edible.

According to him, “we have no plans to return the rice, and such report never emanated from the state government or any member of the palliative committee.

“The state government had commended the gesture of the Federal Government towards cushioning the effect of the lockdown across the country. It behoves on us to appreciate the gestures rather than condemn it.

“The items are in good shape, tested and good for consumption. The expiry dates are boldly written on the rice, we cannot distribute what is harmful to our people.

“We don’t want to lose them, irrespective of their political leaning. We will not sacrifice the people we govern by giving them expired or products that are not good for human consumption.

“The onus is on the governor to protect the people. We have cooked part of the rice to be sure they are edible and good for consumption.

“We must not create another problem while finding solution to one. We have tested the rice, checked the expiry date and I can confirm to you that the rice is of good quality and good for consumption.”

The Ekiti State Government also said it did not return 1,800 bags of rice donated to the state by the Federal Government as a palliative to mitigate the effects of the lockdown.

The Coordinator of the COVID-19 Task Force and Director-General, Office of Strategic Transformation and Delivery in Ekiti, Prof. Bolaji Aluko, made the clarification in Ado-Ekiti.

“We have not rejected or returned any rice to the Federal Government,” Aluko said while dismissing speculations that some of the bags of rice were returned because they were expired.

Aluko was giving the daily update on the efforts by the task force to curtail the spread of the pandemic.

He said government had begun the tracking of commuters who forcefully entered the state with a view to quarantining them.

Aluko urged residents in border towns to give information that could help in apprehending those entering the state illegally.

“Quarantine points have been provided in the 16 local governments.”