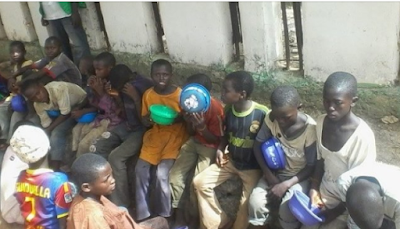 The Kano state government has begun the return of almajiris to their hometowns, as a part of efforts to limit the spread of COVID-19 in the state.

According to the News Agency of Nigeria (NAN), Abdullahi Ganduje, governor of Kano, disclosed the development on Sunday when he received a situation report from the state’s task force and COVID-19 fundraising committee at the government house in Kano.

Ganduje said the state government had set up a high-powered almajiri committee under the leadership of Murtala Garo, commissioner for local government.

“We closed all schools in the state to curb the spread of the pandemic but we found out that existence of almajiri schools is constituting a stumbling block,” he said.

“We have complete records of all almajiris and their schools in Kano. So far, over 2,000 almajiris had gone back to their states.”

He said the state government had designed a programme where three categories of almajiris would be taken care of, adding that the first category from neighbouring states of Bauchi, Katsina, Jigawa, Kaduna and Niger Republic would be evacuated to their states.

The second category of almajiris, who were indigenes, would be enrolled into their neighbourhood conventional schools.

He warned that the state government would charge parents who resisted the initiative to court.

“For the third category who are sleeping on the streets, markets and under the bridge, we will take them to our boarding schools where we will provide them with uniforms and feeding,” he added.

Ganduje said with the help of traditional rulers, the government had identified the poorest of the poor for distribution of palliatives, and noted that food items would be distributed to 50,000 households based on the collection so far.

“Each household will receive 25kg bag of rice, semovita or dawavita, one carton of spaghetti or macaroni or indomie; one four-litre gallon of vegetable oil and N2,000 cash,” he said.

The governor also appealed to the federal government for additional testing centres, palliative and protective kits.‎

Although the NCDC earlier confirmed 37 cases for the state, one patient was transferred to his hometown in Jigawa by the Kano authorities, who said the patient was on his way to Jigawa when he was intercepted and tested.