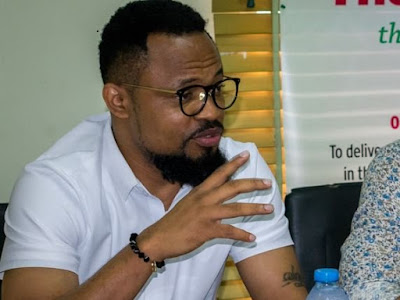 Moses Inwang, a Nigerian film producer, has given his takeaways from the COVID-19 pandemic, saying China won the third world war without firing a missile.

The 42-year-old, who is also a screenwriter, took to his Instagram page to make a listicle which included his key observations ever since the disease broke out in the Asian country. 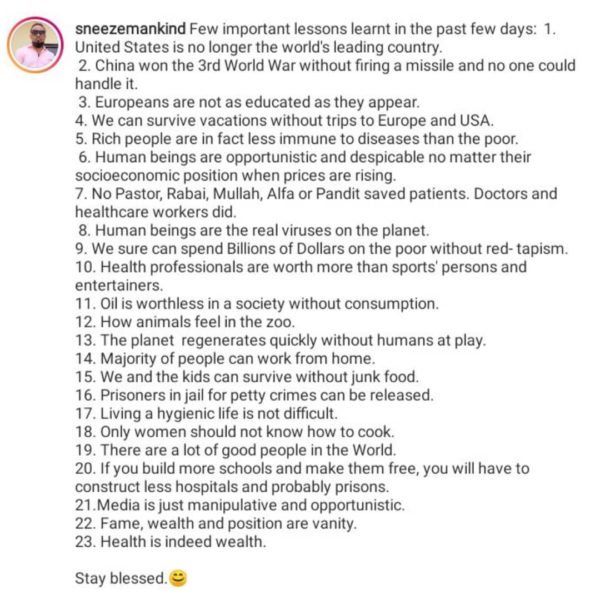 While Inwang appears to have hopped on the bandwagon of those who claim the outbreak was biowarfare, he added that health professionals are worth more than entertainers.


“China won World War 3 without firing a missile and no one could handle it. Europeans are not as educated as they appear. We can survive vacations without trips to Europe and USA,” he wrote.


“Rich people are in fact less immune to diseases than the poor. Human beings are opportunistic and despicable no matter their socioeconomic position when prices are rising.

“No Pastor, Rabai, Mullah, Alfa or Pandit saved patients. Doctors and healthcare workers did. Humans are the viruses on the planet. We sure can spend billions on the poor without red-tapism.

“Health professionals are worth more than sports’ persons and entertainers. Oil is worthless in a society without consumption. How animals feel in the zoo.”

While he accused the media of being “opportunistic and manipulative,” the film director stated that he’s now convinced that the United States is “no longer the world’s leading country.”

“The planet regenerates quickly without humans at play. The majority can work from home. We and the kids can survive without junk food. Prisoners in jail for petty crimes can be released,” he added.

“Only women should not know how to cook. There are lots of good people in the World. If you build more schools and make them free, you will have to construct fewer hospitals and probably prisons.”