COVID-19: Anxiety in Osun as ‘67 travellers from Ivory Coast head for state’ 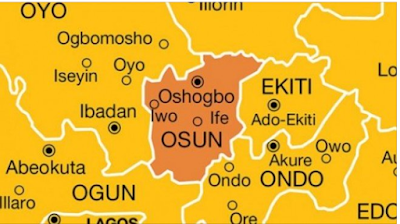 There is panic in Osun as 67 travellers from Ivory Coast head to Ejigbo, a town in the state, sources at the government house disclosed.

In March, the state received 127 returnees from Ivory Coast among whom 17 tested positive for COVID-19.

A source said they have been alerted of another 67 coming to Ejigbo, and that it would be difficult for the state to manage them as they do not have the facility and staff in place.

“On getting to Osun, because of our desire to control the speed of this virus, we decided the best way was to isolate them first. It was in the process of profiling we realised that there were indigenes and residents of other states other than Osun. In any case, we still took responsibility. By the time we were discharging those who tested negative, 11 of them were from Oyo, two were from Lagos, one from Ogun, three Edo, another three from Abia, four from Delta and one from Imo.

“Among those taking treatment at our facility who tested positive, two are from Abia.

“Now, we were alerted to the fact that another 67 are coming. It was this 127 that shut up the number of our cases from two to 20 as we speak. The 67 are coming from Ivory Coast, the same place the 127 came from. So, the tendency is that there is every likelihood that they are also coming with a virus. Up till this moment, the federal government has not looked on our side. And we don’t have the facility to treat more people than what we currently have. We are not going to have any additional number.

“The personnel are not there to handle beyond what we currently have. Even now we are being overstretched. We don’t have money. Imagine keeping 127 people for over 10 days and feeding them, and now bringing another 67?”

Another source said they had expected the federal government to put a holding bay at the border in Idi Iroko, and quarantine the returnees.

When contacted, Funke Egbemode, Osun commissioner for information, said she does not have information on the matter yet.