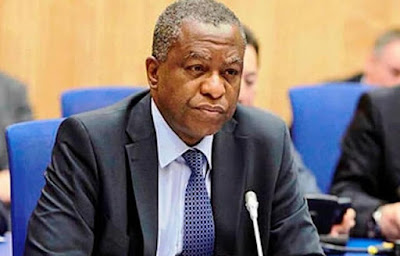 No fewer than 10 Nigerians, out of the 40 persons subjected to the mandatory COVID-19 test for those who registered in the United Kingdom to return home, have tested positive.

The results of the tests, which were released on Monday in London, indicated that the 10 individuals were asymptomatic, raising fears that they might have infected other people.

This was said to have sparked panic among the staff of the Nigerian High Commission in London and other Nigerians who heard about the development.

It was earlier reported on April 11 that 2,000 Nigerians, mostly in the United States, the United Kingdom, China and the United Arab Emirates, had registered and indicated their intention to come home.


The Ministry of Foreign Affairs, which compiled a list of such stranded  Nigerians,  gave some conditions.

The ministry said the intending returnees would pay for their journey back home. Also, it stated that they would be compulsorily tested for COVID-19 before coming back to Nigeria.

One of our correspondents gathered on Monday that many of the stranded Nigerians were students and businessmen, who travelled to the United States, the United Kingdom, China, Australia and the United Arab Emirates.

It was learnt that many of those who tested positive were not resident in the UK, but went to the European country for business and educational purposes.

A source in the high commission explained that Nigerians, who registered for the evacuation, were being tested in a batch of 40. The source added that another batch would soon undergo the COVID-19 test.

He stated, “We have just received the results of the first batch of 40 Nigerians who registered for evacuation to Nigeria. The results show that about 10 persons tested positive for COVID-19 and they have commenced treatment in isolation centres.

“What is generating consternation is the fear that they might have infected many other people since they were not showing symptoms of the deadly disease.”

It was gathered that efforts were going on to begin contact-tracing.

The spokesman for Nigerians in the Diaspora Commission,  Abdul-Rahman Balogun, confirmed the development, stating that those who tested positive had commenced treatment.

He said, “Yes, I can confirm that the results of the first cluster of 40 persons revealed that between eight and 10 Nigerians tested positive for coronavirus. They have since commenced treatment in the UK.”