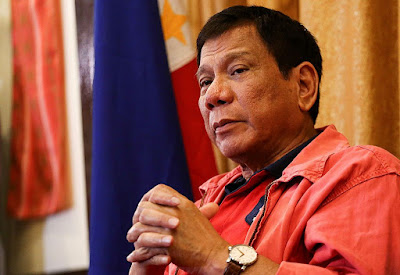 Philippine President Rodrigo Duterte has instructed the country’s military to shoot dead anyone causing trouble in areas locked down due to the coronavirus pandemic.

So far, Philippine has recorded 2,311 cases and reported 96 deaths forcing it into a two-week lockdown, which has resulted in protests from some quarters complaining of lack of food to eat.

According to France 24, about two dozen people from a slum community in the capital Manila were arrested for holding a protest over the failure of the government to provide food aid for the poor.

But President Duterte, reacting to the protest, ordered his military to kill anyone who disobeys government lockdown rules.


President Duterte said; “My orders are to the police and military, also village officials, that if there is trouble or the situation arises that people fight and your lives are on the line, shoot them dead, instead of causing trouble, I’ll send you to the grave.”–

But, Philippine National Police Chief Archie Gamboa told newsmen on Thursday that the president was overemphasizing the need to stay at home as the officers would not shoot troublemakers dead.

“Probably the president just overemphasized on implementing the law in this time of crisis,” he added.