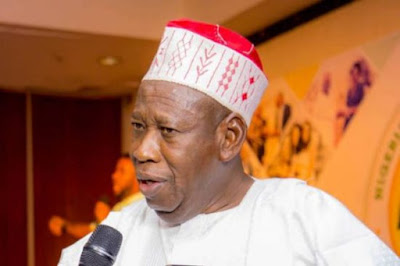 The first case of coronavirus was confirmed in Kano State on Friday. The patient was said to have attended the Friday congregational prayers.  This development has led the state government to consider closing places of worship.

The male patient was discovered after he was admitted to a private clinic along Lamido Crescent in Nassarawa GRA. Sources at the clinic said all the staff and patients had been evacuated to one of the isolation centers in the state.

The patient, a former ambassador, was said to have come to Kano from Lagos, probably where he contacted the disease. Armed policemen were deployed at the clinic, and condoned-off the busy Lamido Crescent, thereby restricting movement.

It was further learnt that some neighbours of the clinic were also evacuated from their homes for medical examination. A resident said his sister who was sent on an errand was prevented from entering her family house.


The patient attended Friday prayers at the popular Da’awah Juma’at Mosque along Suleman Crescent in Nassarawa GRA on Friday, a situation that is causing serious concern to government officials.

At Giginyu quarters, the immediate family members of the patient and his domestic workers have been evacuated to an isolation center.

There was tension and confusion in the community following the discovery of the patient in the area, as residents could be seen discussing the matter at different places.

The Commissioner for Health, Dr Aminu Ibrahim Tsanyawa, who confirmed the case, said the state Task Force Committee on COVID-19 had directed deployment of health personnel to the three identified areas where the patient went prior to the detection of the virus for fumigation.

It was gathered that the three identified places are Da’awah Juma’at Mosque, the clinic and Giginyu Quarters, where the patient resides.

Shortly after the discovery of the patient, the state Governor Abdullahi Ganduje summoned for an emergency meeting with members of the State Task Force Committee on COVID-19.

Speaking to newsmen shortly after the emergency meeting, Dr Ibrahim Tsanyawa said the government had banned tricycle riders from carrying more than one passenger.

“Henceforth, all commercial tricycle riders will carry only one passenger. Any rider caught carrying more than one passenger would face the wrath of the law.

“The task force committee will also meet with Chief Imams of Juma’at mosques and Reverend Fathers to decide on how to operate the places of worships in order to curb the spread of the virus.

“If the meeting decides that we should close the mosques and churches in the state, we will do so for the interest of our people.