PENGASSAN drags Wike to FG, accuses him of hostage-taking 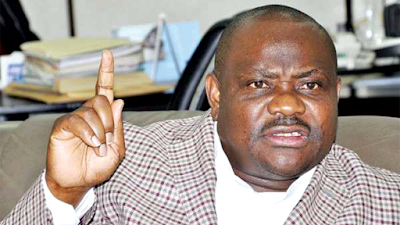 The national body of the Petroleum and Natural Gas Senior Staff Association of Nigeria (PENGASSAN) has dragged Rivers State Government, led by Governor Nyesom Wike to the federal government over arrest and harassment of its members, the most recent are members in Tecon Oil Company and Exxonmobil who were said to be on essential duty.

In a statement issued by PENGASSAN’s General Secretary, Comrade Lumumba Okugbawa, the Association implored the federal government and all interested stakeholders to as a matter of economic and national urgency prevail on the security agencies in Rivers State and all other states to stop the unpleasant anti-workers and economic posture that amounts to hostage taking.

“We warn that should this high level of intimidation harassment persists, PENGASSAN, will in consultation with our sister union in the sector have no option than order our members out of the various oil platforms, rigs…” Statement partly reads.

Meanwhile, Gov Wike had earlier insinuated that the federal government is plotting to infect, kill Rivers people hence his aggressive approach at implementing a lockdown order in the state. 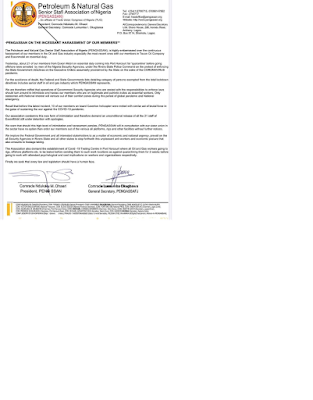 Wike’s words on arrest of 21 Exxonmobil staff: “Even though security agencies advised that they be allowed to go back to Akwa Ibom State, I insisted that the law must take its course,” Mr Wike said. “This is because nobody is above the law.”

Mr Wike said the state government could not ascertain the health status of the arrested Mobil employees.

“As a responsive government, we have quarantined them in line with the relevant health protocols and they will be charged to court.”

The arrest of the Mobil workers comes a few days after two Caverton Helicopters pilots and their ten passengers were arrested, charged to court, and remanded in Port Harcourt prison for allegedly violating the lockdown order in Rivers State.

“Some people want the escalation of the virus in Rivers State. People were paid to canvass a negative narrative on Caverton pilots.

“We are doing what we can within available resources to fight coronavirus. You can fly, but as you fly and land, don’t enter our territory.

“People selling Akara are being charged to court in Lagos. But they want us to allow oil companies to flout the law. I am a boy to Rivers people, not to anybody outside Rivers State,” the governor said.

In contrast with Governor Wike’s position, the police in River state had earlier told PREMIUM TIMES that the workers have not been arrested.

“They were not arrested,” the police spokesperson in the state, Nnamdi Omoni, said on Friday.

“The CP (the commissioner of police) and other service commanders went on an inspection tour of all the border points, when we got to the Ogoni axis we saw these people (the Mobil workers), they wanted to come in. They showed us a letter but that was not the issue; the issue was that they were not screened. The people were taken from that border post to the screening centre at the Elekaya Stadium.

“They are still being screened (for coronavirus). Nobody arrested them.”