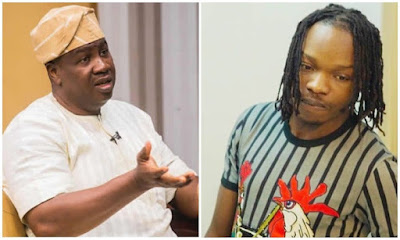 The Lagos government has withdrawn the charges against Azeez Fashola, controversial singer better known as Naira Marley, and Babatunde Gbadamosi, former governorship candidate of the Action Democratic Party (ADP) in the state.

The duo alongside Folashade, Gbadamosi’s wife, were scheduled for arraignment before the magistrate court in Ogba on Wednesday, after they had violated the state’s lockdown directive.

They had attended a house party hosted by Funke Akindele, Nollywood actress, a move that contravened the social distance measures put in place to contain the spread of COVID-19 in the state.

On Monday, Akindele was arraigned and sentenced to 14-day community service with N100,000 fine.


But at the sitting, the state government agreed to withdraw the four-count charges against the three defendants after they must have fulfilled three conditions.

“They have to write a formal apology to the Government of Lagos State which will solidify the remorsefulness shown by them,” read one of the conditions.

The trio were also required to present a written undertaking that they will continue to comply with the directives of both President Mohammadu Buhari and governor Babajide Sanwo-Olu on COVID-19.

Having mingled with more than 20 persons during Akindele’s party, the defendants were required to go on 14 days isolation to protect members of the public from any potential infection.

“They have to give an undertaking in writing that they will continue to comply with the directives of Mr President and Mr Governor which is the subject matter of the case before the court,” it added.

“In view of the danger which the state believes they’ve put themselves by attending a gathering exceeding 20 persons, they must agree to go on 14 days isolation to protect other members of the public from any likely danger.”

While the trio’s counsels agreed to the conditions of the court, the case was adjourned till Thursday towards determining if all conditions would have been met.