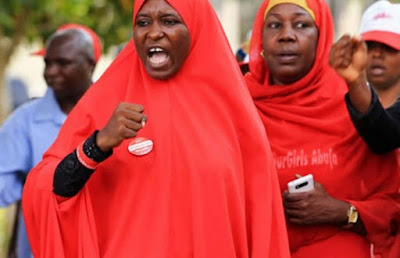 Mrs. Yusufu was reacting to the news of Chadian President, Idriss Deby leading the country’s troops against the Boko Haram terrorists and rescuing some Nigerian soldiers.

Recall that Chadian troops at the weekend dealt a major blow to the insurgents and freed Nigerian soldiers formerly in the sect’s captivity.

With the development, Aisha tweeted, “The coward we have as Commander-in-chief who is supposed to be a Rtd Major General is cowering in Aso rock villa. His theatre of war is reading in front of the camera.

“Buhari @MBuhari is a waste of every single kobo spent on him by Nigeria,” she said.