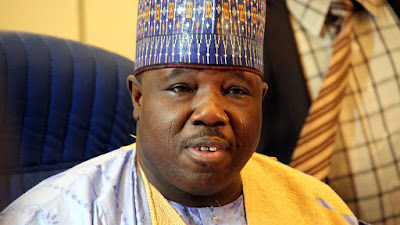 Five persons were killed in the convoy of former Borno State Governor, Sen Ali Sheriff, along the Maiduguri-Damaturu highway, a security source said.

The source disclosed that Sheriff was coming into Maiduguri from Abuja on Thursday evening to take part in the third-day post burial prayer for his father, Galadima Sheriff, who died last week.

He said Sheriff had travelled in a convoy of nine exotic vehicles.

The source added that the convoy was trailed by suspected Boko Haram insurgents around Auno.

The source said suspected insurgents engaged the escort of Sheriff on Thursday about 6:30pm and in the crossfire killed two police officers, two civilians and a soldier.

He noted that one of the nine vehicles was damaged at Auno as the convoy was rescued by a team of the Rapid Response Squad deployed in Njimtilo to enforce the COVID-19 lockdown.

The source said the suspected marauders were pushed back by the team of Rapid Response Squad.