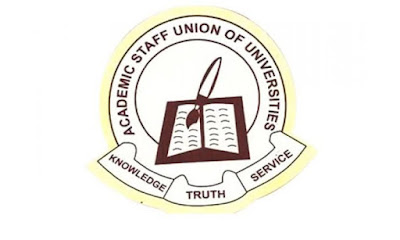 The Academic Staff Union of Universities has accused the President Muhammadu Buhari of slashing budgets for health and education in the proposed 2020 revised budget.

ASUU also frowned against the purported poor handling of the budgeted social intervention funds for the vulnerable in the wake of the spread of the COVID-19 pandemic.

ASUU stated that the proposed cut on the budget by the Buhari-led government depicted lack of understanding of the precarious state of things in Nigeria’s health and education sectors.

The union, in a statement signed by ASUU chairman, University of Ibadan, Prof. Ayo Akinwole, and made available to journalists in Ibadan on Sunday, said the government failed to learn from the challenges of COVID-19.


The Federal Government proposed a slash of N111.78billion UBEC budget to 61.02billion and a cut of 26.51billion from the 44.49billion allocated to Basic Health care.

According to the statement, a progressive government would pay critical attention to health and education instead of allocating funds for mundane things.

It accused Buhari administration of stopping lecturers’ salaries thereby rendering over 30,000 personnel and their dependants vulnerable.

The statement read in parts, “The distribution of the palliatives seem fraudulent as reactions from Lagos and other states of the nation indicated that government officials are profiting in the distribution.

“The Union will not be cowed in its resolve to fight for the revitalisation of public-funded education and the sanctity of the laws of the land.

“I have not seen this kind of government. A top government official claimed he never knew our health institution is this precarious and the government that has not allocated sufficient funds to that sector is further reducing it.

“They are also muddling up palliative being distributed. Most Nigerians are on the fringe and any mismanagement of palliative distribution will be counter-productive to the fight against the pandemic.”