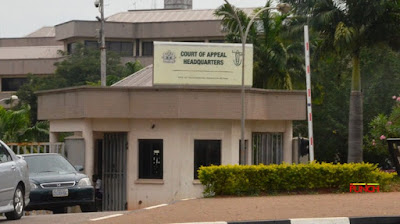 The Court of Appeal in Abuja has dismissed the case brought by the Action Peoples Party challenging the propriety of the last governorship elections held in Bayelsa and Kogi states.

The court dismissed the case shortly before hearing the applications by interested parties, who sought to be made parties in the case.

The parties who sought to be joined include the Bayelsa State Governor, Douye Diri; his deputy, Lawrence Ewhrudjakpo; their party, the Peoples Democratic Party; the Kogi State Governor, Yahaya Bello and his party, the All Progressives Congress.

The applicants, who sought to be made parties in the appeal by the APP are the current beneficiaries of the elections, who would have been affected by the outcome of the case.


The APP had dragged the Independent National Electoral Commission before the Federal High Court, Abuja, querying the exclusion of its candidates.

In the suit marked: FHC/ABJ/CS/1163/2019, the party claimed that INEC prevented it from replacing its candidates earlier disqualified by the electoral umpire.

It particularly prayed the court to among others, declare that any subsequent conduct of the 2019 Kogi and Bayelsa states’ governorship election without the replaced candidates of the plaintiff, is null and void by reason of such exclusion.

The Abuja FHC gave its judgment against the APP, and proceeded to uphold the decision by INEC to reject the candidates’ replacement list submitted to it by the party on the grounds that the list was brought outside the stipulated time.

Justice Ijeoma Ojukwu, in the judgment delivered on February 21, 2020, maintained that INEC was right to have excluded candidates of the party (APP) from participating in the governorship election in Kogi and Bayelsa states in 2019.

Ojukwu was of the view that the APP replaced its withdrawn candidates outside the statutory period of 45 days to the date of the 2019 Kogi and Bayelsa states’ governorship election.

Disputing the Abuja FHC ruling, the APP appealed to the Court of Appeal, Abuja.

The appeal was however dismissed in a ruling by a three-member panel led by the Acting President of the court, Justice Monica Dongban-Mensem.

The court had scheduled hearing for Thursday on all pending applications and the substantive appeal.

Shortly after the appeal was called and lawyers to parties announced their appearances, the appellant’s lawyer, Obed Agwu, announced his intention to withdraw the appeal.

Agwu said, “The appellant is desirous to withdraw the appeal against the respondent.

“We have filed a notice of withdrawal of the appeal, in accordance with Order 11, Rule 1 of Court of Appeal Rules, 2016.

Counsel to INEC, Alhassan Umar, SAN, said he was served with the said notice of withdrawal in the court, adding that his client ‎will be asking for a cost of N3m.

Justice Dongban-Mensem relied on Order 11 Rule 5 of the Court of Appeal Rules to dismiss the appeal.

However, Dongban-Mensem rejected the respondents’ prayer for cost against the appellant.