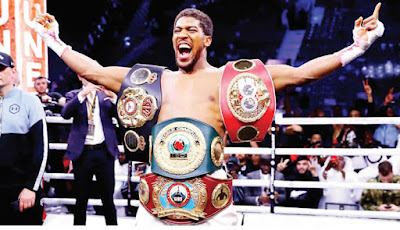 ‌
Anthony Joshua has been called out by a fresh opponent amid the ongoing break from professional boxing.

The Brit has already been forced to delay preparations for his scheduled title defence against Kubrat Pulev, all but ending hopes of a potential bout against Tyson Fury later this year. The 30-year-old could unify the division should he beat Pulev and Fury come through against Deontay Wilder, making his recent call out fairly speculative.

Undefeated Frank Sanchez is said to be eyeing a chance to take Joshua’s crown having beaten Joey Dawejko on points last month to move into the top ten of the WBO rankings.

Mike Barao told Sky Sports, “Just a guess but I think (Oleksandr) Usyk ends up winning a vacated WBO heavyweight title within the next 12 months.