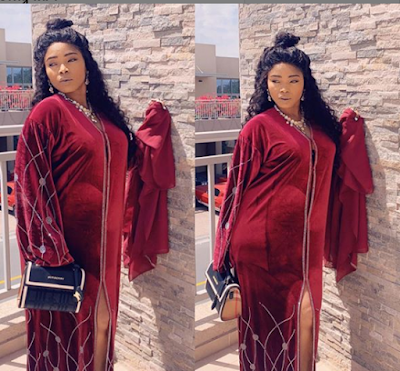 Nigerian actress Halima Abubakar was recently in the news after she announced the birth of her baby boy. The actress revealed that her child was born on Friday, April 4, 2020.

While sharing her good news, Abubakar shared a photo of a baby holding someone’s thumb, excited Nigerians especially her colleagues assumed that the photo on her announcement was that of her child and they congratulated her.

However, an American woman identified on her Instagram handle as the­_arielb has now called the actress out for using her photo. It was gathered that the photo the actress used to announce her child’s arrival was for the­_arielb.

The American woman had announced the birth of her baby boy on Friday, March 13, 2020. 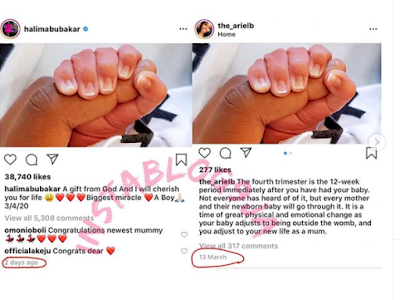 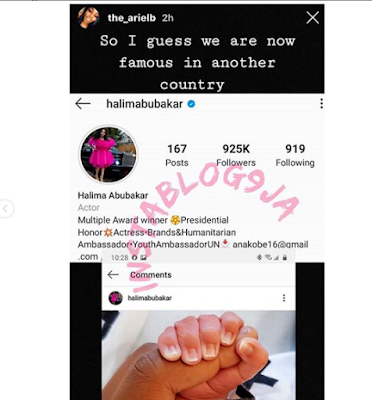 She confronted the actress in her Instagram direct message, asking why she used her baby’s picture as her own. 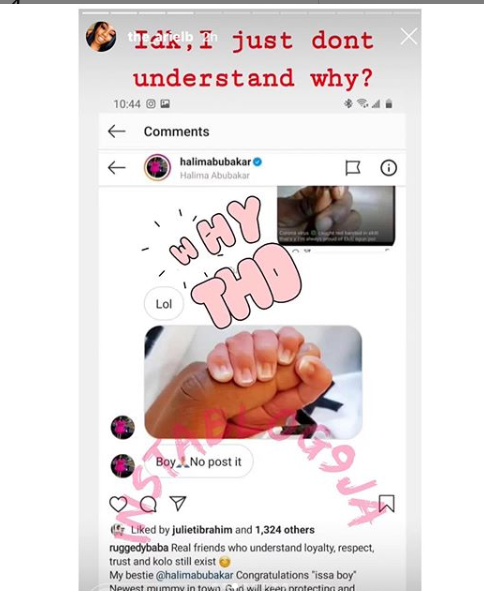 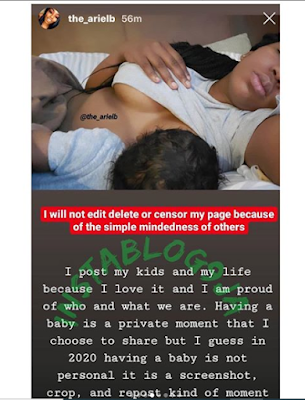 Abubakar told the woman that she only used the picture after she googled baby pictures and it came up. She said she also had a baby and she wanted to announce his arrival.

The actress added that she never said the baby in the picture was her own and she apologised to the woman. Abubakar also promised to delete the picture from her page. 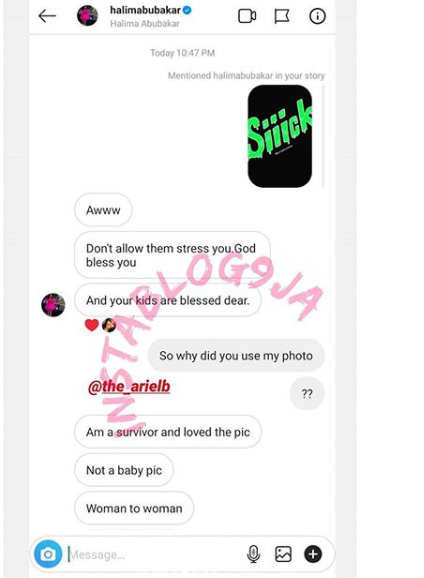 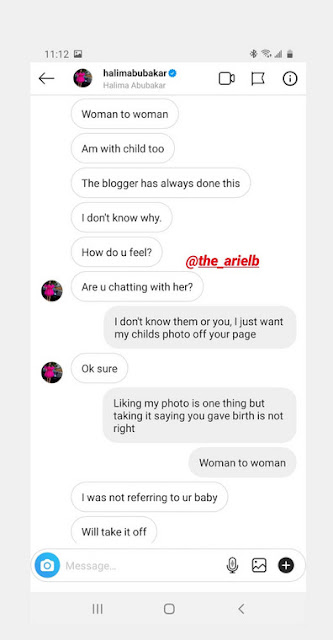 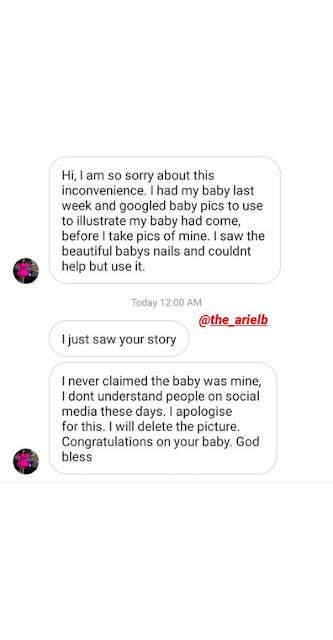