Alleged sack of 184 contract staff by NNPC: NUPENG may shut down operations in 17 states 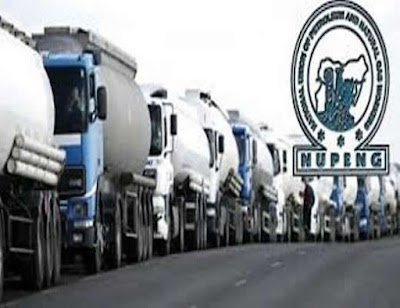 Disturbed by the alleged sacking of 184 members of Nigeria Union of Petroleum and Gas Workers, NUPENG, by Nigeria National Petroleum Corporation, NNPC,the union has vowed to shut down operations in 17 states in the north and Abuja if proper negotiations are not carried out.

TNG scooped that the Kaduna zone of the union after an exhaustive meeting with members last week issued a communique demanding that NNPC should withdraw the already distributed sack letters to the contract staff.

A source privy to this development told newsmen that ”it’s alarming that despite this lockdown they still had the guts to sack members without even a formal meeting with the union.

“A letter has been sent to all major stakeholders to stay action pending proper negotiations with parties involved in this act.


“In the letter dated April 2, the union said”NNPC instructed their contactors to unilaterally pay terminal benefits to lay off workers without the Union’s  input.

As a union we are demanding that the whole process should be put on hold pending proper consultation.

It’s unfortunate that we hear contractors have started issuing disengagement letters and paying severance fees without our knowledge.

Failure by NNPC Management to heed this request will compel the Union to use civil disobedience means like withdrawing her members e. g, Petrol Tanker workers and Petrol stations workers from distributing and dispensing petoleum products across the 17 northern states under the Kaduna Zonal Council of NUPENG including Abuja.

Recall that the Rivers State zone of NUPENG had issued a similar threat over the alleged sacking of 175 refinery workers demanding for an immediate reinstatement within 72hours or they will embark on strike.

But the swift intervention of the Union’s leadership saved the day.