Yarima, secretary-general of northern CAN, is dead 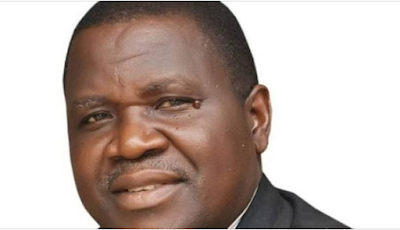 Danladi Yarima, secretary general of the Christian Association of Nigeria (CAN) in the 19 northern states and the federal capital territory (FCT), is dead.

He said the deceased who was a former president of ADA, was until his death, chairman of the Adara King Makers Council, Kajuru local government area of Kaduna state.

“With a heavy heart, the Adara Development Association (ADA), announces the death of its former President, Barrister Danladi Yerima,” he said iIn a statement.


“He passed on, on Tuesday , following a brief illness. Until his death, he was the Chairman of the Adara Kingmakers Council. He was also the Secretary of Christian Association of Nigeria in the 19 Northern states and the Federal Capital Territory (FCT)” the statement said.

Maisamari said the late CAN secretary also occupied other important positions and played prominent roles in other political, professional, religious and non-govermental organizations.”

He said “Yerima was a fearless and upright leader who stood in defence of his people at all times.

“He worked tirelessly for the development of the Adara nation and the church. He was in the forefront of the fight against the oppression and marginalisation of the Adara people by the present administration in Kaduna state.

“We are deeply devastated by his sudden death . The Adara nation which he served. deligently will miss him greatly.