With APC’s failure, we won’t campaign during 2023 elections – PDP 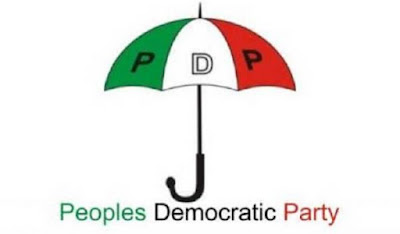 The People’s Democratic Party, PDP, on Sunday in Katsina declared that it will not campaign in the 2023 elections, as according to it the failure of the present APC administration at the center has smoothened the way for its takeover of political power at the end of the present tenure.

The National Secretary of the party, Senator Umaru Ibrahim Tsauri told newsmen during a briefing in preparation to the ward congress election which held on Saturday that the Buhari administration has failed Nigerians in the past 5 years as demonstrated in the present sufferings they are going through

He said ’’every Nigerian whether resident in Aso villa or anywhere else in Nigeria will certainly admit that the present administration has failed, as they couldn’t even deliver their three point agenda: economy, security and the fight against corruption’’

‘’Nigerians have now realized their mistakes in voting Buhari since 2015 elections, see what happened to him in Kebbi state recently if you recall, the three key promises of Buhari, which one has he fulfilled and which one is left’’


‘’we are not preparing for 2023 campaigns because; Buhari has campaigned for us already by his failures. If Buhari is sincere on the fight against corruption, he should probe the past administrations from 1999 till date’’

While declaring that the party has already apologized to Nigerians for their past failures he assured that should the party return to power in 2023, it will repair the damages caused by APC led administration.

On the crisis that has ripped the party in the state, the Senator admitted that the party has challenges in 4 out of the 34 local in the state and that they are currently rallying stakeholders to resolve the challenges

He dismissed the notion that there was a court injunction barring the party from conducting its ward election in the state, insisting that their legal adviser have not notified the party hierarchy about any existing court injunction

He said "if our legal adviser did not draw our attention about any court injunction then we cannot work based on newspaper reports, so the ward elections must go ahead"