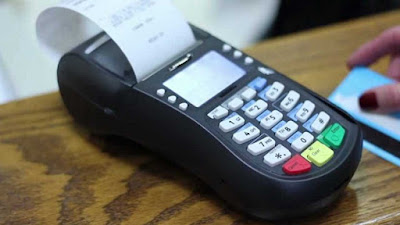 The volume of electronic payment transactions through Point of Sale (PoS) terminals dropped by 4.83 billion in one month. It dipped from 46.13 billion deals in December 2019 to 41.3 billion in January, according to the Nigerian Interbank Settlement System (NIBSS) report.

It was learnt that collection of the illegal charge by merchants – petrol stations, supermarkets and other business owners that deploy PoS machines for payment – has continued against the Central Bank of Nigeria’s (CBN’s) order that payment by customers should be stopped.

Although the CBN directed that the charge should be borne by merchants, not PoS users, there has not been any enforcement of the order.

The NIBSS data also showed that the decline in PoS usage occurred despite increase in the number of registered PoS terminals by the banks from 446,453 to 449,998 in December.

According to the report, the banks deployed 303,162 PoS terminals in December 2019 and 306,409 PoS terminals in January. This showed that, despite the deployment of more terminals to merchants, customers demand for the service is dropping.

Investigation in the country’s commercial capital Lagos, showed that filling station operators in the downstream oil sector, the supermarkets among others, have continued to collect the illegal fee on PoS transaction by customers.

Filing stations and supermarkets add the fee to customer’s purchases.

To avoid dispute with its customers, some filling stations post the notice of payment on their pumps, while others simply add the cost to customer’s bill without informing them.

The President of the Bank Customers Association of Nigeria, Uju Ogubunka, condemned the continuous collection, in spite of the CBN’s directive that it should stop.

He urged the Nigeria National Petroleum Corporation (NNPC) to ensure compliance with the directive by marketers.

Ogubunka said: “I expect the CBN to move beyond its directive that bank customers reject the fee and fight for customers. Another option is for the customers to carry cash and avoid the fee where the risks are minimal.”

Jimoh said: “Our circular that talks about merchants paying stamp duty according to the law does not say that the stamp duty should be paid by the consumer. That’s actually a misrepresentation of the CBN’s directive.

“What our directive says is that merchants should pay all necessary charges as regulated by the government agency, including stamp duty.

“When there is an electronic transaction to an account other than savings account and the transaction amount is more than N1,000, you have to pay stamp duty.”

The CBN and the Nigeria Interbank Settlement System (NIBSS), in a circular to banks and merchants said they were working for the application of remittance processes to ensure seamless collection of stamp duty charges for PoS.

The PoS fee is being paid by merchants on the aggregate PoS transactions carried out on a particular period, which was never passed to customers.

The extra charge on customer’s transaction followed a CBN’s directive to banks to charge N50 Stamp Duty on individual transactions, rather than merchants’ accounts.

The directive on the Unbundling of Merchant Settlement Amounts was contained in the CBN circular to banks, processors and switches, titled: “Review of process for merchants’ collections on electronic transactions”.

The policy stipulates that stamp duty payments on individual transactions that occur on PoS, rather than previous plans where charges occurred on aggregate transactions.

In a NIBSS report titled: “Returns on Stamp Duty Collection for merchant transactions”, the payment agency said the new stamp duty payment plan is in line with the provision of the Stamp Duties Act and Federal Government Financial Regulation 2009.

The policy, it added, was aimed at ensuring strict adherence to the CBN guideline communication on the subject, collection and Remittance of Statutory Charges on receipts to Nigeria postal Service under the Stamp Duties Act dated 15th January 2016.

The apex bank guideline said: “The debit should be passed to the merchant accounts at the point of PoS/Web merchant Credit/Settlement to mitigate against the inability of the Deposit Money Banks (DMBs) to successfully secure these daily stamp duties charges and remit as expected.

“These charges are expected to be deposited into the already opened stamp duty collections account at the various DMBs and should form part of the weekly Stamp Duty rendition by the DMBs to NIBSS.”