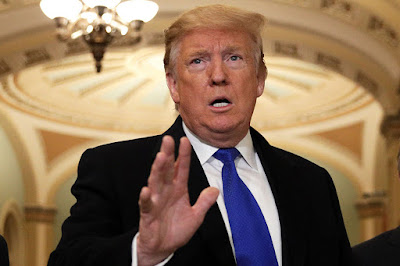 The U.S. Embassy in Seoul on Wednesday said it would suspend all routine visa interviews in line with a State Department measure to respond to the new Coronavirus outbreaks.

According to the embassy, the measure, set to take effect from Thursday, will not affect the visa waiver programme for Korean citizens or services for U.S. citizens.

“The U.S. Embassy to the Republic of Korea will cancel all routine immigrant and nonimmigrant visa appointments as of March 19, 2020.

“The State Department is suspending routine visa services in all countries with a level 2, 3 or 4 travel advisory,” the embassy said.


An official from Seoul’s Foreign Ministry said South Korean citizens would still be able to visit the U.S. under the visa waiver programme, while those who require a visa could still request an emergency interview.

“The U.S. embassy had explained in advance that the move is part of social distancing that requires U.S. missions in all countries affected by a level 2 travel advisory.

“Or higher to temporarily suspend their visa service from March 19,” the ministry official said.

In February, the state department raised its travel advisory for Daegu, South Korea’s South-Eastern city hardest hit by the COVID-19 pandemic, to Level 4 on a four-tier scale, urging Americans not to travel there.

However, the rest of the country remained under Level 3, which means reconsider travel.

The embassy said that it will resume routine visa services as soon as possible, although it is unable to provide a specific date of the resumption.

On Wednesday, South Korea reported 93 new infections in its daily tally, bringing the total to 8,413 with the death toll at 84.