Up to 10% of patients that recovered from Coronavirus in Wuhan, China have been re-infected again 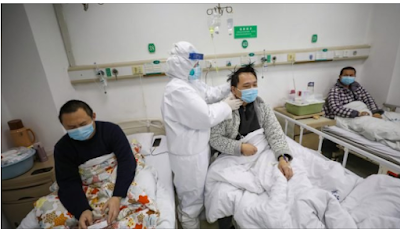 As at Thursday, it is recorded that between 3% and 10% of patients cured of the coronavirus in Wuhan have contracted the infection again after being discharged.

This is the result of a study conducted by two hospitals in the capital of Hubei, considered the epicenter of the pulmonary epidemic.

Doctors from Tongji Hospital, where the virus was identified, claim they found no evidence that these individuals (all asymptomatic) infected other people.


City health authorities say these newly positive patients will be hospitalized only if they exhibit symptoms of the disease. For the others, there is a two-week quarantine.

In China, the problem of asymptomatic patients is emerging, which are not counted in the official estimates. After five days without any new infection, Wuhan has registered a new case. He is a doctor from the city’s university hospital: he is thought to have contracted Covid-19 from one of his symptom-free patients.

To date, the number of infected people in China exceeds 81,000, with 3287 deaths. Yesterday there were 67 new cases, all imported from abroad.

The spread of the virus shows no sign of stopping in Asia. In Malaysia, King Abdullah Sultan Ahmad Shah was placed in quarantine with his wife: seven people on his staff were found positive. There are 1796 people infected in the country; 21 have died.

Singapore researchers are developing a test that can diagnose the disease in five minutes. In the city-state there are 631 recorded cases and only two deaths.

In India there are 649 cases of Covid-19, with 13 deaths. In Delhi 900 people were placed in quarantine after a local clinic doctor was found positive.

In Vietnam, the number of reported infections continues to remain low (141, without any deaths).

In Indonesia there were 105 new cases; 111 in Thailand and 104 in South Korea. Japan is preparing to declare a state of emergency. There are 1313 cases of infection in the Land of the Rising Sun and 45 deaths.