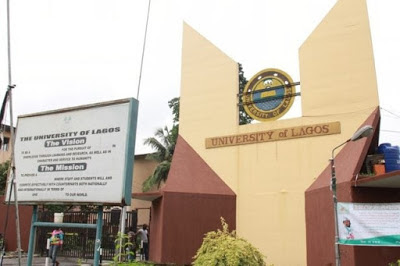 The Governing Council of the University of Lagos, Akoka, has blamed the varsity’s Vice-Chancellor, Prof. Oluwatoyin Ogundipe, for the suspension of the 56th convocation ceremonies of the institution.

It was gathered that Ogundipe sidelined the council in his plans and did not seek approval for the list of honorary degrees.

The VC had last Monday announced a series of programmes for the convocation, saying 13,489 graduating students would be conferred with degrees, diplomas and certificates from Monday, March 9, till Friday, March 13, 2020.

However, on Thursday, the varsity announced the suspension of the event.


The Chairman of the Governing Council, Dr Wale Babalakin, was reported to have written to the Minister of Education, Adamu Adamu, saying he was not informed.

The minister was said to have written the National Universities Commission, which, in a memo dated March 4, halted the programme.

The UNILAG chapter of the Academic Staff Union of Universities had accused Babalakin of allowing his ego to override the interest of the federal institution.

But the governing council on Tuesday said the VC breached important rules by plotting to carry on with the programmes without getting approvals.

In a resolution passed on March 7, 2020 and signed by the UNILAG Registrar, Mr Oladejo Azeez, the council stated that the VC only sought permission for the convocation lecturer and budget proposals.

“Council was guided by the audio recording of a special meeting held on Tuesday, January 21, 2020 and Wednesday, January 22, 2020, in order to clarify claims by the vice-chancellor that the convocation ceremonies were brought to council for approval.

“The audio recording, the minutes of these meetings, as well as the agenda/notice of meeting confirmed that the convocation budget was the only item formally brought to the January 2020 special meeting.

“Council was also verbally informed of the proposed convocation lecturer and this choice was discussed. However, the convocation programme was not listed as an item on the agenda of the special meeting of the council and there were no supporting documents on the programme tabled during the January 2020 special council meeting,” the resolution stated in part.

The Honours Committee of the Senate was reportedly not aware of those to be conferred with honorary degrees.

Ogundipe did not take his calls and had yet to respond to a text message on the issues as of press time.