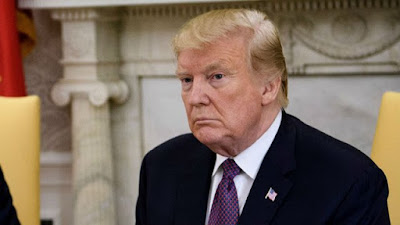 US President Donald Trump said he would “likely” be tested soon for the novel coronavirus, although he stressed he is “displaying no symptoms.”

Trump was pressed repeatedly during a White House news conference on whether he should be tested after coming into contact with a Brazilian official now known to have COVID-19.

The president initially shut down the question, saying that per the advice of White House doctors, “I don’t have any of the symptoms.”

“And we don’t want people without symptoms to go and do the test,” he told reporters.


But when grilled by reporters about his encounter with the official at his Florida resort, he bowed to pressure and changed tack, saying: “I didn’t say I wasn’t going to be tested” and that he “most likely” would be, “fairly soon.”

“Not for that reason but because I think I will do it anyway,” Trump said.