Those who kidnapped Sanusi have released him -Kwankwaso 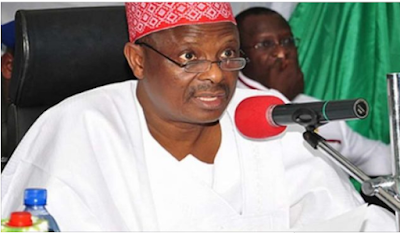 Rabiu Kwankwaso, former governor of Kano state, says he is happy those who kidnapped Muhammadu Sanusi II, the former emir of Kano, have decided to release him.

Kwankwaso, who met with Sanusi at the Nnamdi Azikwe International Airport in Abuja, told journalists: “I am very happy that at least those who kidnapped him, now, have decided to release him. He is now a free man, he is going to Lagos, we are so happy for that.”

In 2014, Kwankwaso appointed Sanusi as the 14th emir of Kano — against heavy opposition.

Defending his action at the time, Kwankwaso had said: “It is unfortunate that some enemies of Kano State attempted to politicise this process. HRH Sanusi Lamido Sanusi was not only on the recommended list of the kingmakers, but was on top of the list.”


After Sanusi was dethroned on Monday, the leader of the Kwankwasiyya movement accused President Muhammadu Buhari of ordering his removal.

“You see leaders here in Kano State Government themselves are saying they were given the order to dethrone the Emir,” Kwankwaso had said.

“He (President Muhammadu Buhari) is the one that gave them the order. Here in Kano as we see, Buhari destabilises where ever he puts his hands.”

Buhari had denied the allegation in a statement which Garba Shehu, his spokesman, issued on his behalf.

Kwankwaso handed over the reins of Kano state to Abdullahi Ganduje, who served as his deputy when he governed the state.