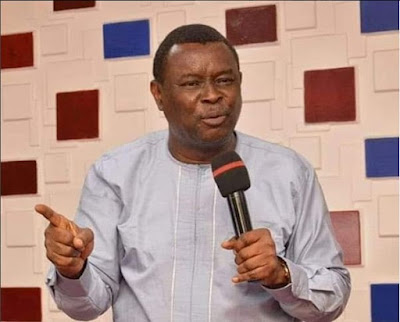 According to him, those seeking partners should be ready to cultivate patience as a virtue.

He also pointed out that waiting for God’s chosen partner for marriage is worth the sacrifice, adding that anything outside that would likely come with consequences.

“If you are too much in haste to get hooked in marriage, Satan will quickly package one of his cousins for you as a suitor,” he wrote on Instagram.

“You really don’t want to know what it means to have Satan for an in-law! Pay all the price of patience you can pay now. The Lord’s choice is worth waiting for. ”

Born on April 13, 1960, Bamiloye has carved a niche for himself with his gospel-themed movies.

The 59-year-old started his acting career in 1986, after featuring in ‘Hell in Conference’ his debut drama. Since then, he has featured, produced and directed several Nigerian films.

The Delta-born actor is married to Gloria and the union is blessed with three children, namely Damilola, Joshua and Darasimi respectively.