Senator Elisha Abbo slaps Nollywood with 420,000 naira amidst calls for his removal as patron 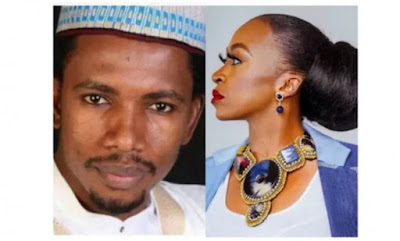 Days after he was asked to be removed as the patron of Actors Guild of Nigeria (AGN), Sen. Elisha Abbo donates $1000 (Which is about 420,000 when converted at the rate of 420 per dollar) to Nollywood.

Watch the video of the announcement below…

Recall that there has been an outcry by Nollywood veterans, Kate Henshaw and Hilda Dokubo that Elisha Abbo be removed as a patron of the organisation. This is coming after a video of the senator slapping a sex toy shop owner went viral on the internet.

Nigerians have reacted to the news of him donating the said amount to the association.

Hersweetmajesty wrote: ” See their faces,hungry people,the worst poverty is poverty of the mind,no matter the amount of money you get ,you are still poor!.The man is actually embarrassing you people he’s giving the money to,cause,he knows your will power is tied to the money,and that you can’t do without 🤷🏽‍♀️ “