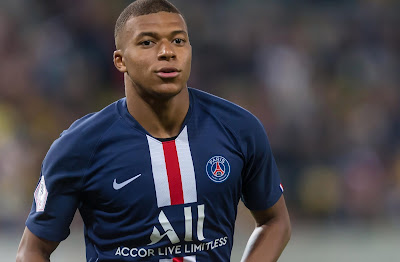 Kylian Mbappe scored a hat-trick as Paris St Germain thrashed 10-man Olympique Lyonnais 5-1 on Wednesday to reach the French Cup final and remain on course for a domestic treble.

Ligue 1 leaders PSG, who will also face Lyon in the League Cup final, prevailed thanks to Mbappe’s treble and goals by Neymar and Pablo Sarabia after Martin Terrier had put the hosts in front early on.

Lyon finished with 10 men after Fernando Marcal was sent off in the 61st minute for picking up a second yellow card, leaving his team to exposed with the scores level at 1-1.

PSG will take on holders Stade Rennais or St Etienne at the Stade de France on April 25.


Terrier put the hosts ahead on 11 minutes when he latched onto Karl Toko-Ekambi’s pass.

Mbappe equalised three minutes later by deflecting in Layvin Kurzawa’s header for his 28th PSG goal of the season in all competitions.

Marcal’s handball earned PSG a penalty and the Brazilian defender his second yellow card.
Neymar converted the spot kick and Mbappe took advantage of PSG’s extra man by adding a third at the end of a dazzling 60-metre run.

Sarabia rubbed salt in Lyon’s wounds with a fourth from close range and his seventh in the competition this season – before Mbappe rounded it off with another goal in stoppage time.