Pa Kasumu never thought his sickness would kill him – Son 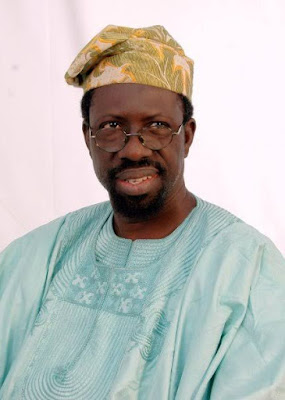 The death of veteran actor, Kasumu Odumosu, fondly called Pa Kasumu came as a shock to many, even though the actor had been battling with stroke for nine years.

The 66-year-old actor who had acted in over 100 films would fondly be remembered not only for his humorous roles but for his signature voice which always singled him out.

Speaking with Saturday Beats, Pa Kasumu’s eldest son, Olatunde Odumosu, said his father never thought that his sickness would lead to death, while adding that his late father’s wish was to have a personal encounter with the General Overseer of the Redeemed Christian Church of God, Pastor Adeboye. He said, “My father died around 1pm last Sunday. I was 30 minutes away from the hospital when he died. For his burial, we want to work around April 2 and 3. I don’t want to sound like I’m giving a precise date because it’s dependent on the venue we want to use. We have to be sure that the venue is free to accept my father’s burial.

“On that Sunday, he was first taken to the Federal Medical Centre in Abeokuta but was later rushed to a private hospital because he needed urgent medical attention. My father never thought that his sickness would eventually lead to his death. He battled stroke for nine years. Though the doctors said it was partial stroke but I believe that stroke is stroke.

“Sometimes, he used to lament that people didn’t call him for movie roles again because of his ailment. But I always encouraged him that he would soon be hale and hearty. He constantly told us that he was targeting Pastor Enoch Adeboye because he believed that once the man of God prayed for him, his brain would come back and his health would be restored. He was not seeing well and sometimes, his eyelids would shut down that he had to use his hands to open them himself; it was that bad.

“We had a lot of offers from different people under the guise of prophets and spiritualists. He was the joy of the family. His ambition in life was to die as an actor. He wanted to live all his life on the screen and on the stage. His house was littered with scripts, both finished and unfinished.”

Pa Kasumu’s son also revealed that his father’s teachings and attitude to work were enviable. He said, “He loved his acting career like a baby loves breast milk. Acting was like his oxygen.

“I like to remember him for his strength and his passion for life and his job. His own kind of passion wasn’t driven by the availability of money. He just wanted to act. He was full of joy doing all the things he did for a living. He believed that money was automatic that would come by doing what he loved to do. He was a disciplinarian when it concerned his job. My father always said that when one loves what one does, one would find joy within one’s heart and one won’t see it as a taxing career.

“Even though I’m not in the movie industry, his attitude to work moulded my life and career. I’m also happy that my father saw his grandchild. He was a very strong man and he died as a very good man.

“I can boldly say that my father lived a fulfilled life to a very good extent. I am not happy with the way things ended with him. My father loved his acting career like a baby loves breast milk. He had too much passion for acting; like his life depended on it. Acting was like his oxygen.”