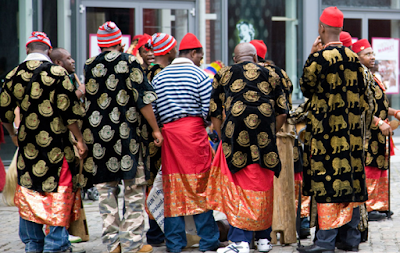 The group was reacting to a recent comment by the Group Managing Director of Nigerian National Petroleum Corporation (NNPC), Mele Kyari, who warned of an impending hardship following the recent crash of crude oil prices to less than 30 dollars per barrel.

Kyari had warned that Nigerian should prepare for tough times ahead.

OYC agreed with the NDDC boss, adding that Nigerians will experience hunger and hardship in the face of the obvious collapse of the economy depending solely on Crude Oil in the nearby future.

OYC, therefore called on President Muhammadu Buhari to engage competent hands to help him manage the economy, insisting that those in the President’s economic team have run short of ideas and will ground the economy.

The OYC noted that the appointment of former Minister of Finance, Dr. Ngozi Okonjo Iweala by the South African Government, shows that the country has demonstrated courage and determination to succeed in the face of economic adversity by hiring a Foreign Adviser (Okonjo Iweala).

“We call for a total overhaul of the entire Economic team of President, this is a wakeup call to Bring in a good Economic Team to develop the non-oil sectors and ensure that we avoid going back to recession,” OYC said in a statement signed by its President-General and Secretary-general Mazi Okechukwu isiguzoro and Mazi Okwu Nnabuike, respectively.

“Southeast Governors should prepare to channel their resources to support youths to engage in agriculture to prepare for the tough times ahead.

“There’s only one route of escape from being caught up with the prediction of recession and hardship, as the farming season begins April 2020, Igbos should embrace agriculture as survival strategies.”