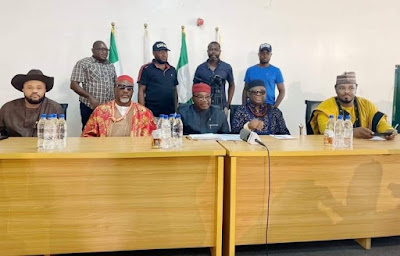 Political bigwigs, such as Dino Melaye, Femi Fani-Kayode and others have taken over Nollywood, as they are currently on set for the film, titled: ‘Silent Prejudice’ Season two.

Fani-Kayode, politician and former Aviation Minister, had said recently that he had made his Nollywood debut, featuring in movie series, titled: “Silent Prejudice.”

He also displayed a picture of himself with Melaye and others on set on his Facebook wall on Saturday and he said “Another day on the set of my debut Nollywood film titled ‘Silent Prejudice’. We were filming at the National Human Rights Commission in Abuja. It was great fun!”

The film is produced by Mr. Chris Oge Kalu.

The series is about the evils associated with the Osu cast system and has the full endorsement and participation of the Nigerian Human Rights Commission whose Executive Secretary, Mr. Tony Ojukwu, also makes an appearance.